Hasty decisions could lead to massive regrets in these spoilers from THE YOUNG & THE RESTLESS! Victoria and J.T. are giving their relationship another shot, but they’re the only ones who seem to think it’s a good idea! And after Mariah’s outburst, Hilary and Noah want to know what she’s hiding. How much longer can she keep her secret?

After rekindling her romance with J.T., Victoria made the bold move to invite him to live with her. And when Victor and Nikki find them together and realize what’s going on, they’re a little taken aback. “What are you, living together?” asks Nikki, concerned. With Victoria by his side, J.T. announces: “Since yesterday.” However, Billy is worried that his ex-wife is making a terrible mistake getting back together with her other ex. “I haven’t felt this sure about anything in years,” Victoria insists to him. But later, Billy admits his fears to Phyllis. “Victoria’s making a huge mistake,” he worries. Can anyone save her in time? 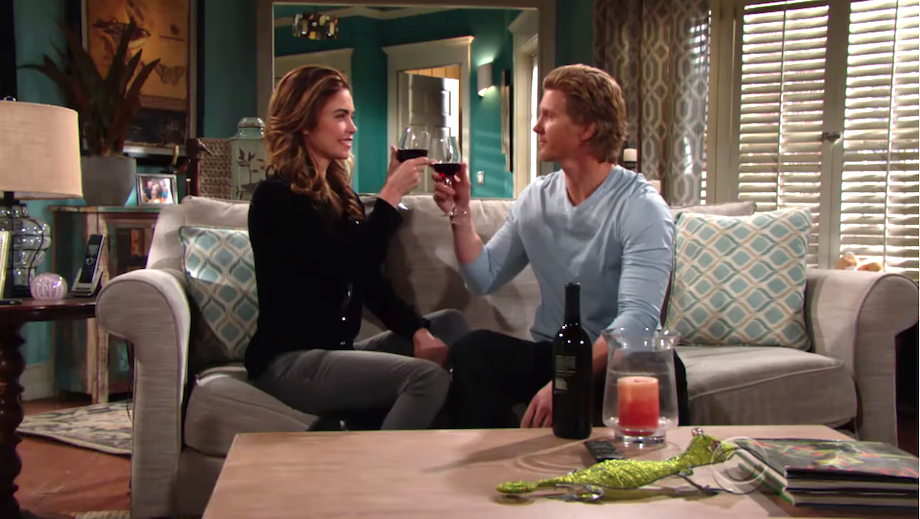 Victoria and J.T. think their future is looking bright, but are they blind to the truth? (Photo Credit: CBS)

Mariah’s outburst during Hilary’s show, accusing Tessa of stealing her private journal to inspire the lyrics for her new song, has set off a firestorm of curiosity. “There’s no deep, dark secret for you to uncover!” promises Mariah, hoping to get Hilary off the scent. But she’s not going to give up that easily! “Nah,” Hilary smiles. “You’ve got a secret.” After Tessa rebuffed her advances, Mariah seemed to have given up on her feelings for the musician, but it’s clear that the kiss that they shared is still weighing heavily on her heart. And Noah wants to know exactly what’s going on between her and his girlfriend. “What are you hiding?” he asks the redhead. Mariah looks at him with tears in her eyes and begs: “Don’t make me do this.” Will she tell him the truth?

Don’t miss this tease for the exciting week to come, and for more Y&R previews, keep reading the CBS edition of Soaps In Depth magazine!

Melissa Ordway’s New Baby Girl Is the Most Beautiful Thing