Sharon may have gotten in way over her head in these spoilers from THE YOUNG & THE RESTLESS. And she’s not the only one who finds themselves in a sticky situation!

It’s admirable that Sharon wants to help save Crystal from whatever trouble she’s found herself in, but she probably should’ve left the actual physical rescuing to the police! About to leave a cheap motel room with Crystal, Sharon is startled to open the door to an imposing thug blocking their escape. “Who the hell are you?” he asks the blonde. Sharon is frozen with fear. Has her attempt to save Crystal’s life put her own in danger? 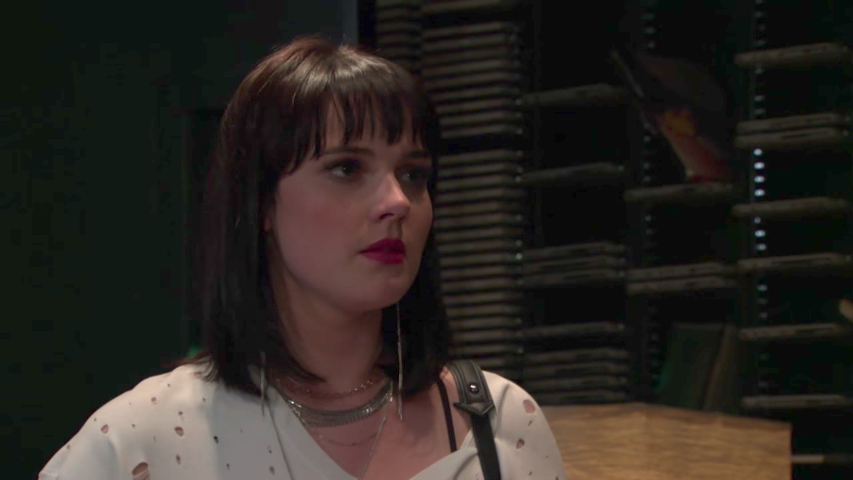 MUST SEE: Camryn Grimes Had the Best Response to a Y&R Fan Complaining About Her Storyline

In the recording studio, Tessa confesses she has lost all her confidence. “Maybe this is a mistake?” she admits to Mariah and Devon. “Maybe we should just do it another time?” Is Tessa letting her feelings for Mariah ruin her chances to record her song? Can Mariah and Devon convince her to give it another shot?

At the club, Hilary and Juliet have a little girl talk session where Hilary warns her friend not to get her hopes up. “Cane is never leaving Lily,” she reminds Juliet. But the expectant mother smiles and leaves Hilary stunned when she reveals: “He doesn’t have a choice. She kicked him out.” What will Hilary do with that juicy bit of news?

Fans Are Worried Cane Is Being Written Out of Y&R!