Soap fans usually only get to watch the Daytime Emmy Awards on TV or the internet, but GENERAL HOSPITAL star Emme Rylan (Lulu) offered an inside peek at the evening courtesy of her trusty camera phone! The actress snapped tons of photos of the ceremony, the stage, her co-stars, and friends throughout the night! 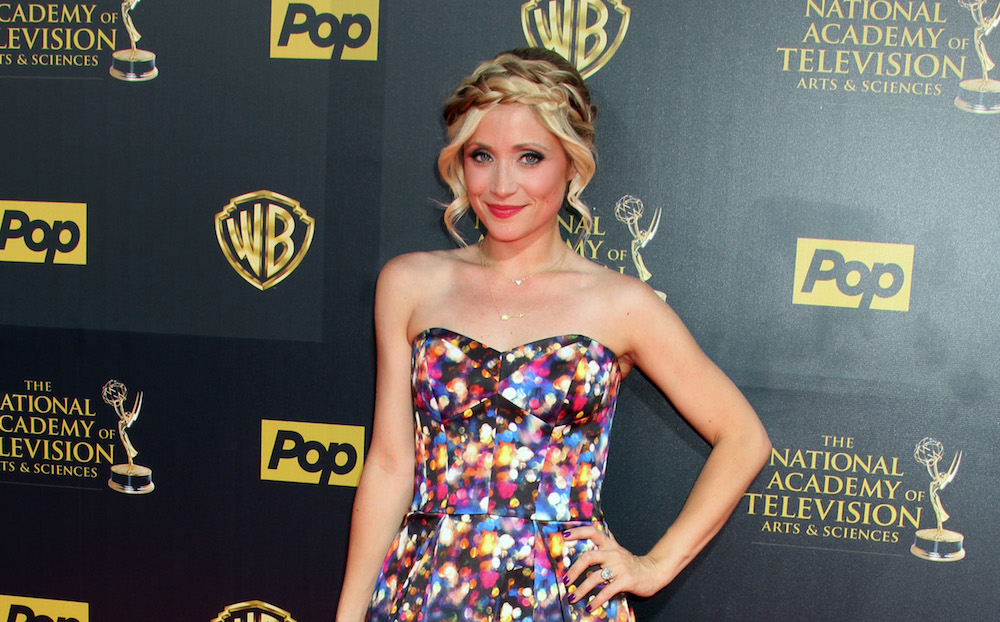 MUST SEE: Everything You Need to Know About the 2017 Daytime Emmys — Including How to Watch Live!

The night before the April 27 ceremony, Rylan tweeted: “Heading to bed! Nails aren’t done and no clue what I’m doing with my hair!” But the day of, Rylan looked just stunning in her floral strapless gown and her long, blonde hair braided into a crown atop her head.

And just about a week beforehand, Rylan shared a video of herself looking for an Emmy dress… well, that’s what they were shopping for. As you can see in the video, things weren’t always focused on that particular goal. “Emmy dress shopping at its most productive,” she joked.

Throughout her daytime career, Rylan has appeared in three different soaps. She began on GUIDING LIGHT as Lizzie Spaulding, then spent some time on THE YOUNG & THE RESTLESS as Abby Newman. So attending the Daytime Emmys means that she is always reuniting with old friends and former castmates.

Check out Rylan’s personal Daytime Emmys photo album below and get a star’s-eye view of the whole night! It’s like you were there with her!