Tonja Walker (Olivia) had the internet buzzing when she posted that she was done with GENERAL HOSPITAL, but the actress quickly clarified the situation the following day by promising that there is much more to come! 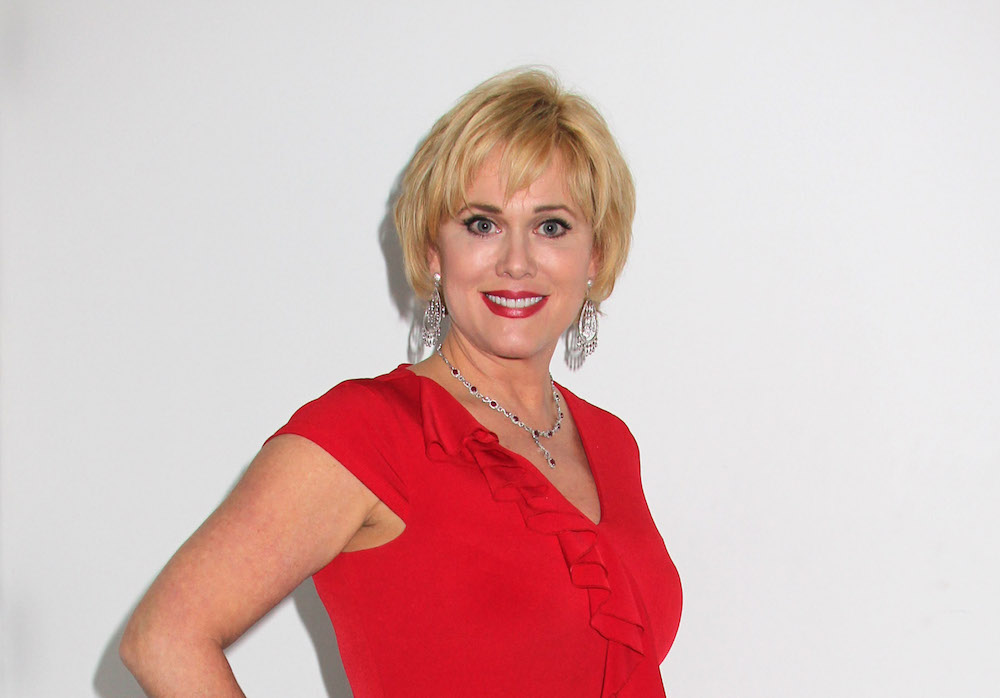 “Last weeks on GH for a while!” Walker posted to her Facebook page. “Hope to be back. Keep watching! It gets better all the time! Story has barely begun!”

The connection between Olivia and Julian has only just been revealed on the soap, so obviously there is much more drama to come as her plot is revealed and the people of Port Charles come together to put a stop to Olivia’s nefarious schemes for the town.

“No wrapping yet!” Walker tweeted in response to posts reporting she had wrapped up her stint at GH. “The show is on hiatus for two weeks. I pre-taped episodes for after. Then, who knows! Olivia may be back!”

Then she corrected that report by admitting that she had mistyped, and she actually has more shows to tape after the two-week break. “I am in my last weeks,” she clarified. “Three more. And the story has just started. Slowly, but it picks up fast! I am on at least until late March. Lots more to come on GH for next several weeks! Working with many of the greatest!”

MUST SEE: Carolyn Hennesy Reveals Her Future on GH!

MUST SEE: Nicolas Bechtel Spotted at the GH Studio!

Walker has been working so hard on the GH set that she was grateful for a breather. “Missing Abby, Bella, and Ed so much,” she posted. “Plus my bed at home! Friends! So I’m cool with a little break.”

To the fans who expressed dismay that the daytime vet was nearing the end of her stint on GH, Walker replied, “The door is always open and as always, it depends on ratings, which depends on fans like you! Loved being here!”

So if you’re a GH fan who wants to see more of Olivia Jerome in Port Charles, be sure to tune in to enjoy her storyline as it continues over the next two months and let the show know you want her back again in the future! What’s a soap opera without a deliciously evil villain, right?

See some of the highlights of Walker’s daytime career in our special gallery below!