It was a special reunion of two GENERAL HOSPITAL fan favorites when Haley Pullos (Molly) attended an event with former co-star Jimmy Deshler (ex-Rafe)! “Got to be this pretty lady’s date to the CASA Evening to Foster Dreams,” Deshler shared on Twitter. “Great cause and great company.” 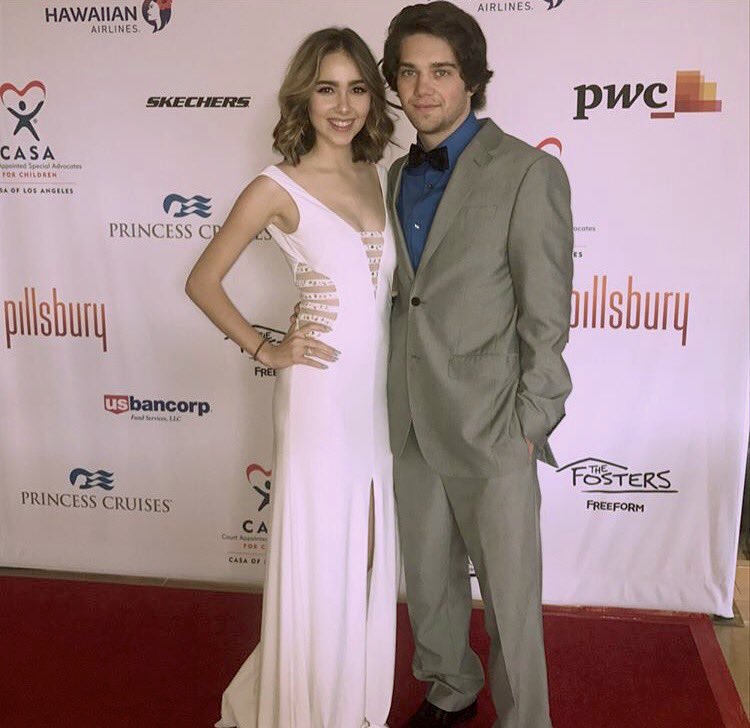 MUST SEE: Vanessa Marcil Insists She Would “Always” Return to GH!

Having broken her left arm recently, Pullos admitted she went out of her way to keep the cast out of her pictures. “Awkward little flower trying to hide her broken arm,” she joked, “but really just happy to be here supporting the 5th Annual CASA Evening to Foster Dreams.”

CASA of Los Angeles held the event at the Beverly Hilton on May 16 to honor the partners who have committed to helping abused and neglected children in foster care in Los Angeles. Former GH star Mary Beth Evans (ex-Katherine), who can now be seen as Kayla on DAYS OF OUR LIVES, was honored for her tireless dedication to her work as a CASA/LA volunteer for the past four years.

Daytime star Jen Lilley (ex-Theresa, DAYS; ex-Maxie, GH) became a foster mom just last year, so she was also in attendance at the gala, and was delighted to snap a reunion pic with her former Port Charles neighbors.

Pullos and Deshler became close when he joined the cast of GH as Rafe Kovich Jr. in January of 2013, and while the character was killed off in the summer of 2014, the pair has remained friends ever since!

Take a look back at Deshler’s time on GH with our special flashback photo gallery below featuring photos of him and Pullos both on and off set!

The two have attended charity events but also hang out together and tease each other on social media. Like when Deshler teased that Pullos was complaining, “I’m honestly not even hungry… I just want food.” and the actress jokingly insisted: “It’s two different things!” Sometimes they even take fun selfies together!

This awesome chemistry came through on screen, which is why GH viewers loved Molly and Rafe together. Unfortunately, Deshler’s character was killed off, but many fans still wish he would come back. And hey, it’s a soap opera, and stranger things have happened, so why couldn’t Rafe rise from the dead? (Just not as a vampire, okay?)