It’s not unusual for actors to run into their castmates while out and about in their daily lives, but Lisa LoCicero (Olivia) had such an unusual sighting of her GENERAL HOSPITAL co-star Wally Kurth (Ned) that she simply had to share it! 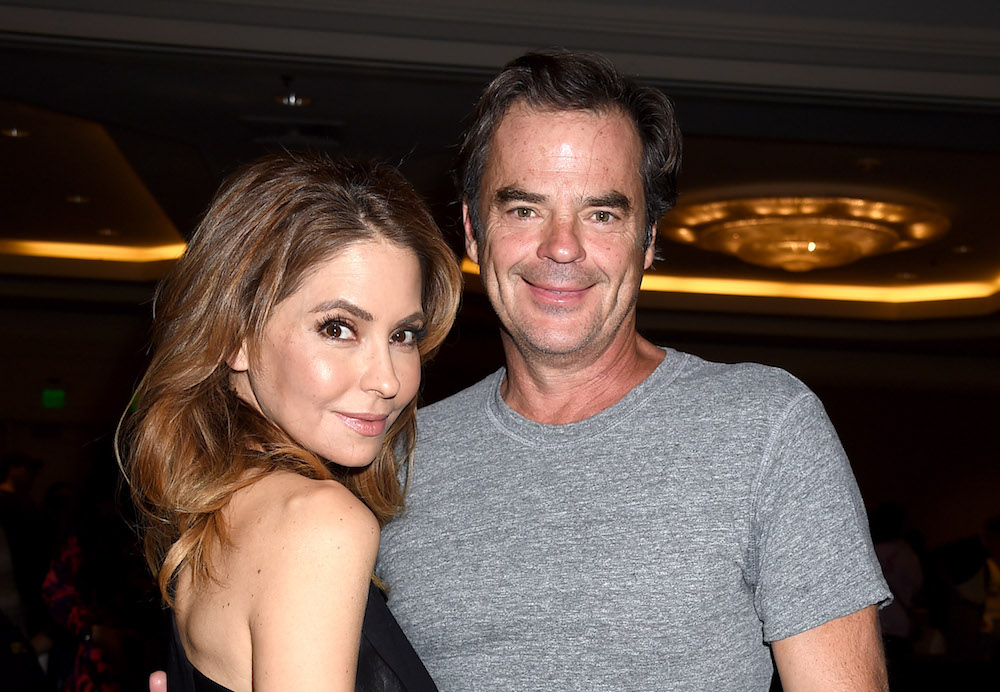 “Dude, you’re on in the nail salon!” she posted with a photo of the big screen TV on the wall where she was. “You’re famous!”

@wallykurth dude, you're on in the nail salon! YOU'RE FAMOUS! pic.twitter.com/eym6XEWiP8

MUST SEE: Scott Reeves Thanks Fans For Their Prayers During His Recent Health Scare!

The salon was broadcasting an episode of the NBC soap DAYS OF OUR LIVES, where Kurth plays Justin Kiriakis, here having a conversation in the Brady Pub with Bryan Dattilo’s Lucas. Because he isn’t on contract with either show, the actor is able to appear on both of them, sometimes at the same time! It’s rare, but other actors have done the same thing, like Eileen Davidson, who appeared as Kristen on DAYS at the same time she played Ashley on THE YOUNG & THE RESTLESS.

Although upon thinking further on the unusual situation of seeing her friend and co-star as someone else, LoCicero joked, “This is actually weird. I left you in Port Charles minutes ago. I’m not comfortable watching this alternate reality.”

Well, we’re sure plenty of soap fans love getting a double dose of Kurth on their screens, and while we enjoy him on DAYS we’ll also look forward to seeing what’s next for Ned and Olivia on GH!

Check out these fun photos that Kurth has taken with his friends at both GH and DAYS in his special selfie gallery below!