People are trapped with no way out on GENERAL HOSPITAL!

Curtis’ life has been turned upside down by the arrival of his Aunt Stella, and she has not been shy about voicing her disapproval of how he’s living his life. The poor guy can’t catch a break! And after her disastrous day out with Spencer and Cameron, Hayden worries that she’s not ready to have Finn’s baby! But over at the hospital, it’s Ava who’s having the roughest time of it all when her condition takes a serious turn for the worse! Carly tries to offer Kiki a reassuring shoulder, but the emotional young woman isn’t having it! 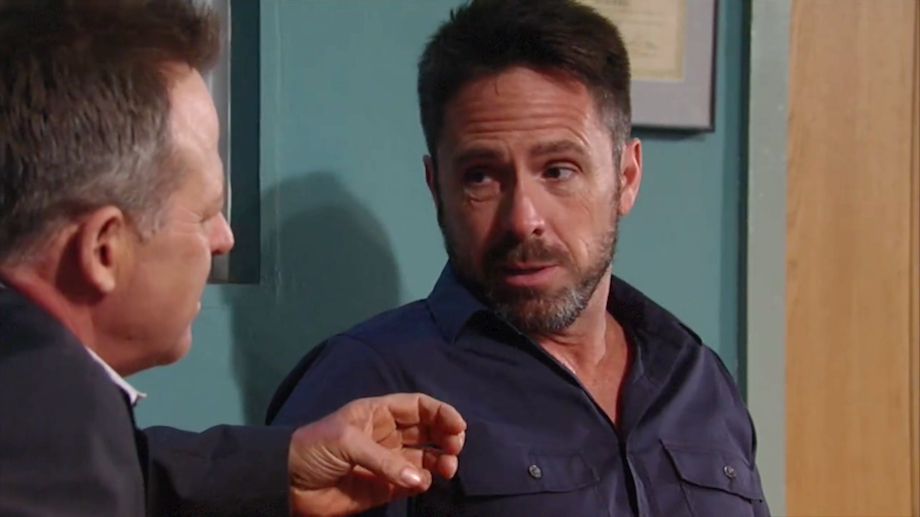 At the police station, Dante brings in someone for questioning in the hopes of uncovering the truth about what Ava did to Morgan and just how they were involved. Can they figure out a way to keep Dante from discovering the entire truth so they can keep themselves out of it? Meanwhile, Julian meets with Scott in the hopes of keeping himself out of prison as well, and he seems to think he has a plan that could work. Will Scott go along with it?

Check out these spoilers from today’s exciting episode in the gallery below, and for more GH previews, keep reading the ABC edition of Soaps In Depth magazine!

MUST SEE: Bryan Craig Shares a Sneak Peek at His New Movie!