Fans got their first look at GENERAL HOSPITAL alum Nathan Parsons (ex-Ethan) in his new movie, Justice, a year ago, and now they can finally see the finished product! The film premiered Sept. 15 in limited release in theaters, but you can also find it on demand, on Amazon Video and on iTunes. 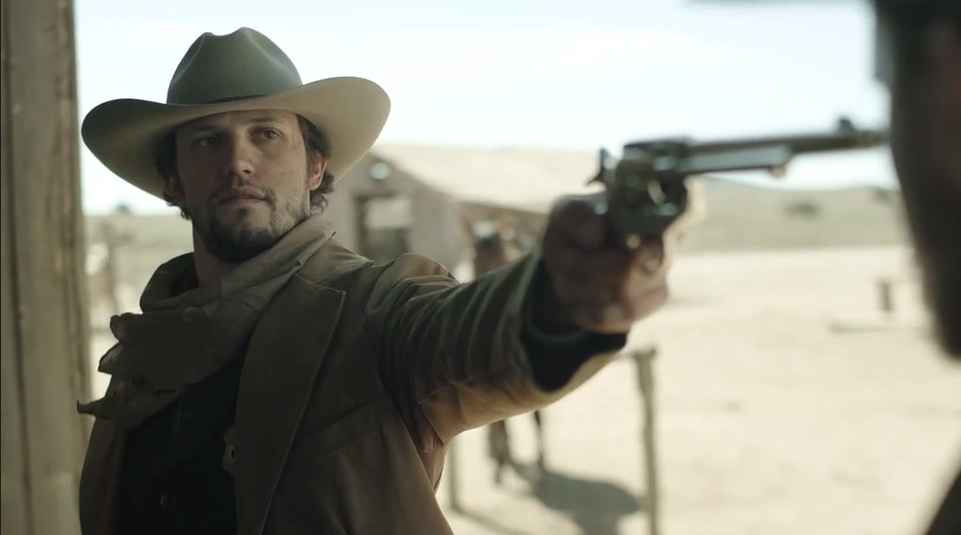 Richard Gabai directed the western that stars Parsons as James McCord, a US Marshall whose quest to avenge his brother’s death leads him to defend a small town from a corrupt mayor and his outlaws who are trying to restart the Civil War. Also starring in the film are Stephen Lang, Jamie-Lynn Sigler, Lesley-Anne Down (ex-Jackie, THE BOLD & THE BEAUTIFUL), and Quinton Aaron. You can sample a brief scene with Parsons and Down right here!

Parsons became a fan favorite with GH fans when he joined the soap as Ethan Lovett, who was revealed to be the child of legacy characters Luke Spencer (played by Anthony Geary) and Holly Sutton (played by Emma Samms). He also earned a Daytime Emmy Nomination in the Outstanding Younger Actor category in 2012. The character was written out of the show in 2012, but Parsons made a brief return in 2013 as part of GH’s 50th anniversary celebration, and reprised the role again for a couple episodes in 2015. Since leaving daytime, Parsons found success in primetime with roles on ABC Family’s BUNHEADS, and the supernatural dramas THE ORIGINALS on The CW and TRUE BLOOD on HBO.

Now you can see Parsons starring in this exciting new film! But before you check to see if Justice is playing at a theater near you (or just rent it from Amazon or iTunes), check out this thrilling trailer to see Parsons in action! Then check out some fun behind the scenes photos from the filming of the movie in the special gallery below!