With Laura and Kevin taking Spencer back to boarding school in France, that marks the end of Nicolas Bechtel’s latest stint on GENERAL HOSPITAL. But before the kid left the studio for good, some of the cast and crew came together to throw him a surprise going-away party! 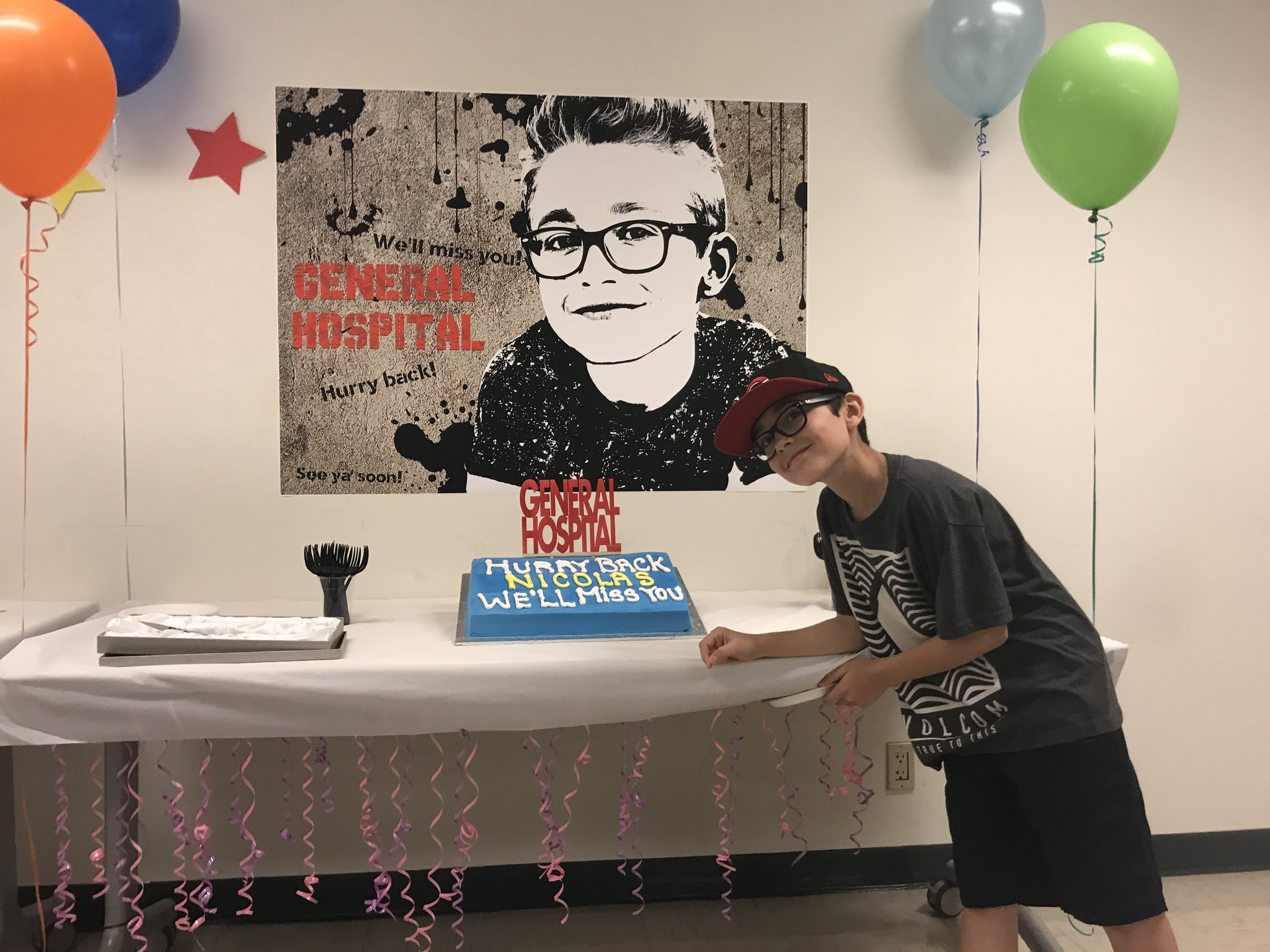 Bechtel was seriously startled to walk into the room where everyone shouted “Surprise!” and also to see the huge poster and cake asking him to hurry back because he will be missed. “Oh my goodness!” he exclaimed at the sight. “I didn’t expect any of this! Thank you!”

There were hugs all around, and the ones he got from Jon Lindstrom (Kevin) and Genie Francis (Laura) prove that they’re just as close off-screen as they are on-screen. And when Bechtel was reluctant to make a speech, GH’s executive producer, Frank Valentini, ordered him to. And you gotta obey your boss!

“Thank you all,” he declared. “I’ve had a great time being here. It’s been fun. I wish it could be longer but I’ll be back for sure. Don’t miss me too bad. I’ll be back to visit even if I’m not working. I’ll still come to see you guys. You might not want me to, but I will. You’re not getting rid of me anytime soon!

MUST SEE: William deVry Done Shooting at GH but Promises: “I Want to Come Back!”

Bechtel brought Spencer back to GH during his hiatus from his hit Disney Channel series STUCK IN THE MIDDLE where he plays Lewie Diaz. The comedy is currently airing its second season and will be gearing up to start shooting its third. And hopefully the next time the talented young performer has another break in his schedule, he can pop into Port Charles for another visit!

The actor also shared a special message from his goodbye party directly to his fans. “It’s been an amazing run,” Bechtel declared. “I’m so happy to be back and you’ll see me soon. For sure.”

Help us bid farewell (for now) to our very own Spencer Cassadine, @NicolasJBechtel! #GH pic.twitter.com/ukWOTuD170

MUST SEE: Rebecca Herbst Shares an Inside Look at Her GH Anniversary Party!

See how much fun Bechtel has at the GH studio in our special photo gallery below!

Emme Rylan Returns to GH… and Brings Her New Baby Along!