Season two of the THE BAY will be released on Amazon Prime beginning Tuesday, Nov. 29! “We pick up with the fact that Sara Garrett (played by DAYS OF OUR LIVES’ Kayla, Mary Beth Evans) has been arrested, and she’s suck in a treacherous jail,” previews co-executive producer, Kristos Andrews, who also plays Pete. “So season two is focused on figuring out: what’s it gonna take to get her out?” 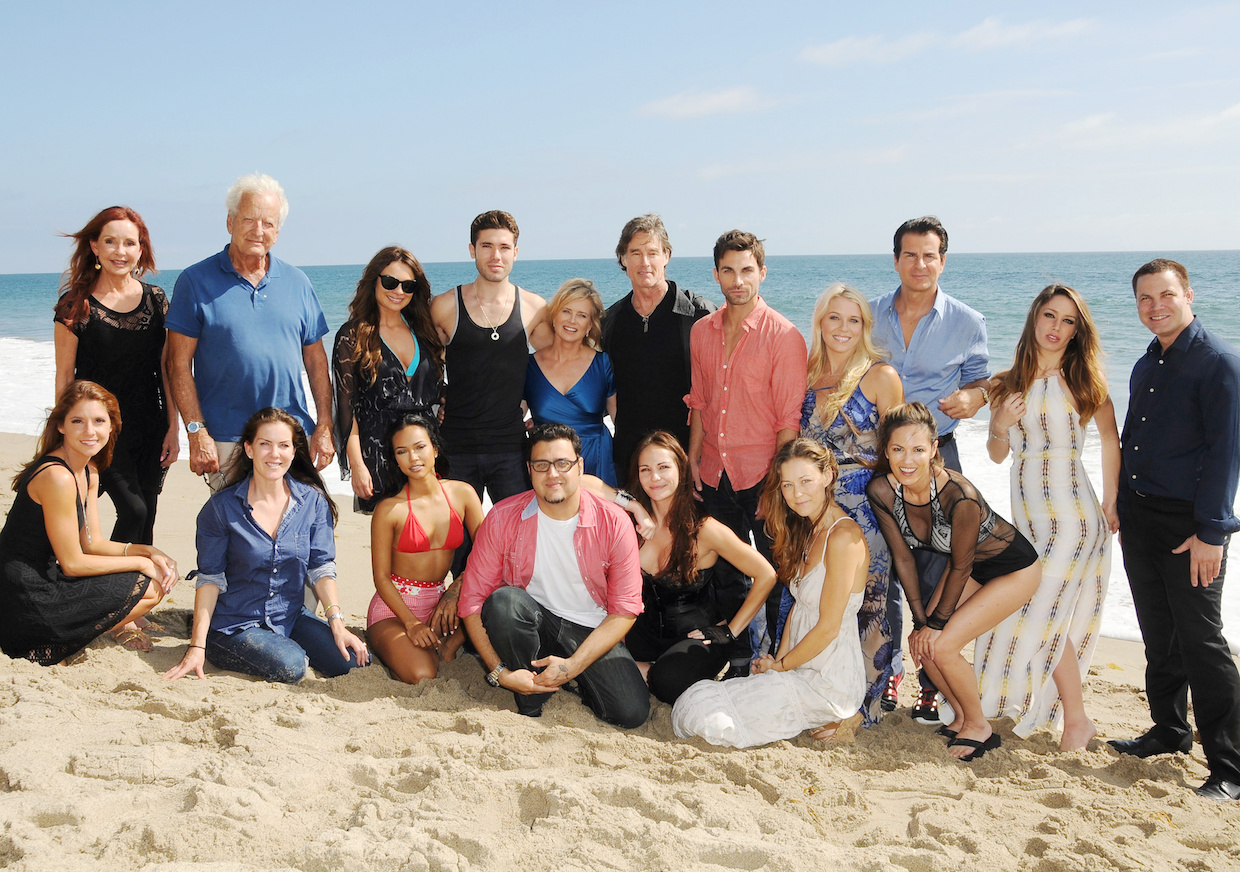 Pete’s bright idea is to get his hands on his trust fund, but the legalese says that he’ll first have to get hitched. “A love triangle develops between Pete, Janice (played by GENERAL HOSPITAL’s Lily, Lilly Melgar), and Vivian (Karrueche Tran). “The question is: Who does he get married to?” Andrews offers. “It’s pretty intense.”

The second half of season two is also where the emotional material by story consultant Wendy Riche (formerly of GH) debuts. Viewers will also learn — via a series of artfully cast flashback scenes — how John Blackwell (played by Ronn Moss, ex-Ridge, THE BOLD & THE BEAUTIFUL) came to be a vigilante. Look for Carolyn Hennesy (Diane, GH) to debut as his mom, who has a surprising journey to take with her ailing ex, Mayor Madison (played by SANTA BARBARA’s Lionel, Nicolas Coster).

In the wake of winning their second Emmy for Outstanding Digital Drama, THE BAY has attracted new talent for its third season, which is now in production with Riche at the helm. Current B&B scribe Michele Van Jean joins as story consultant, alongside veteran soap scriptwriters Karen Harris, Julie Poll and Anne Schoettle. And joining the cast in season three are Victoria Rowell (ex-Drucilla, THE YOUNG & THE RESTLESS) and Emmy Award-winning costume designer, Bob Miller (GH).

For a preview of the drama to come, check out the gallery below to see some behind the scenes pics the stars shared from the set!