As hard as it may be for those of us who remember ALL MY CHILDREN’s Bianca Montgomery as a shy teenager coming to terms with her sexual identity, her longtime portrayer, Eden Riegel, is all grown up now. What’s more, these days the married mother of two — sons Jack, 7, and Henry, 4 — is working on animated projects that even her kids can enjoy. “I have a youthful voice, so I tend to play young, brave princesses and roles like Kira on THE LION GUARD,” the actress, who’ll always be beloved by AMC fans for her run as the daughter of Erica Kane and Jackson Montgomery, told Soaps In Depth. “I also do a lot of video games.” 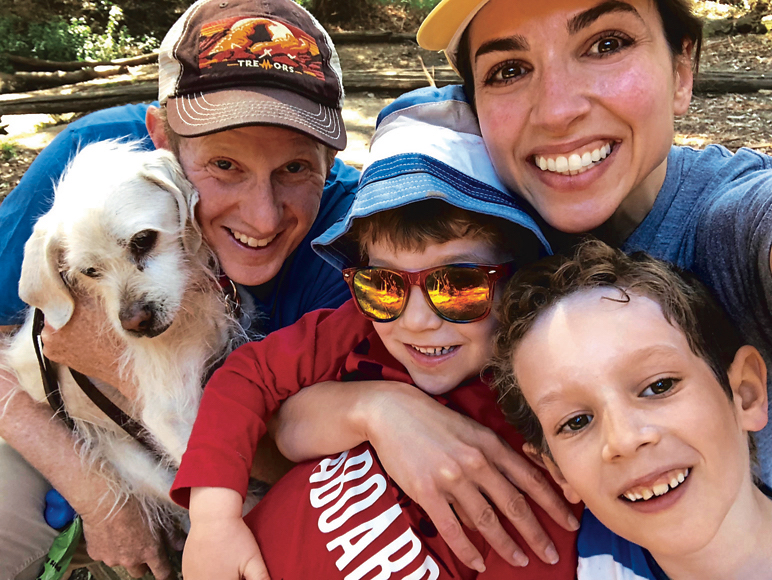 ”I honestly cannot imagine my life without them,” Riegel said of her boys and husband Andrew Miller. (Photo courtesy of Eden Riegel)

Recently, Riegel took that career to the next level when she began voice-directing cartoons. “I work a lot for Disney, but my shows are not yet on the air,” she confided. “I’ve basically worked for ABC/Disney my entire career. I feel so at home there.” The job entails attending recording sessions and bringing all of the characters to life. “I love being a part of the process,” she shared. “I can use all of my own experiences on the other side to help the actors give the best performance they can.”

That’s not to say that Riegel has given up her other career in front of the camera; rather, she’s just honed her focus. “When I was doing the soap, Bianca went through so many life-changing, horrific experiences, and I had to really channel all that pain, hurt, regret, loss and grief,” she reflected. “Because I have kids now and the stakes are so much higher in my personal life, I really like making people laugh.”

To that end, she appeared this season on NBC’s new sitcom, A.P. BIO, and she can also be seen — along with DAYS OF OUR LIVES’ ex-Nick, Blake Berris — in the recent Amazon Video release Living Room Coffin. In it, a delivery sends her alter ego on a most unusual journey. “I play the woman who had ordered the coffin for her late husband,” Riegel explained. “We have a pretty funny scene where I’m in hysterical tears the whole time. She’s trying to get to the bottom of the mystery, and I’m incredibly offend-ed because I’m grieving.” 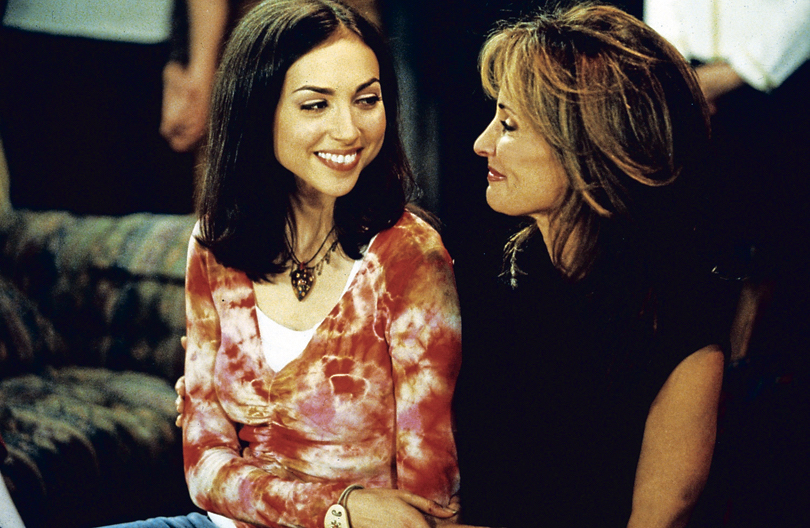 Riegel said she and Lucci “got along like a house on fire” in real life. (Photo Credit: Virginia Sherwood/ABC via Getty Images)

Riegel is enjoying the place she’s at in her career and says that she definitely owes a lot to her AMC mom, Susan Lucci (Erica). “In all her 41 years of playing that role, she gave it her all every single day that she showed up for work,” Riegel reflected, clearly inspired. “That’s something that I try to do.”