Soap fans will recognize many familiar faces in the new movie A Lover Betrayed, including the film’s star, Jamie Luner (Liza, ALL MY CHILDREN)! In the new thriller, premiering Saturday, Sept. 9, at 8 p.m. on Lifetime Movie Network, she plays Tess Ford, a woman who has struggled to put her life back together following the tragic death of her son. “What she does with her life is try to use what she’s learned about healing and help other people,” Luner previewed to Soaps In Depth. “Which is such a beautiful quality that I was so inspired to portray.” Of course, things take a turn when the guidance counselor-turned-author meets a handsome young soldier during her book tour!

“There’s sort of an affair,” Luner teased, “and then her husband re-enters the picture and really wants to have a go at it. He’s done a bunch of healing on his own and they want to put that behind them and try to find a new life together.” Naturally, the young soldier doesn’t appreciate being tossed aside, and things escalate from there! “Soap fans are gonna love it because the characters are so juicy and so appealing and so smart,” the actress promised. “There’s so many twists and turns. Watching Tess, who’s a very smart woman, get sort of checkmated at every turn is a frustrating and yet exciting and thrilling ride!” 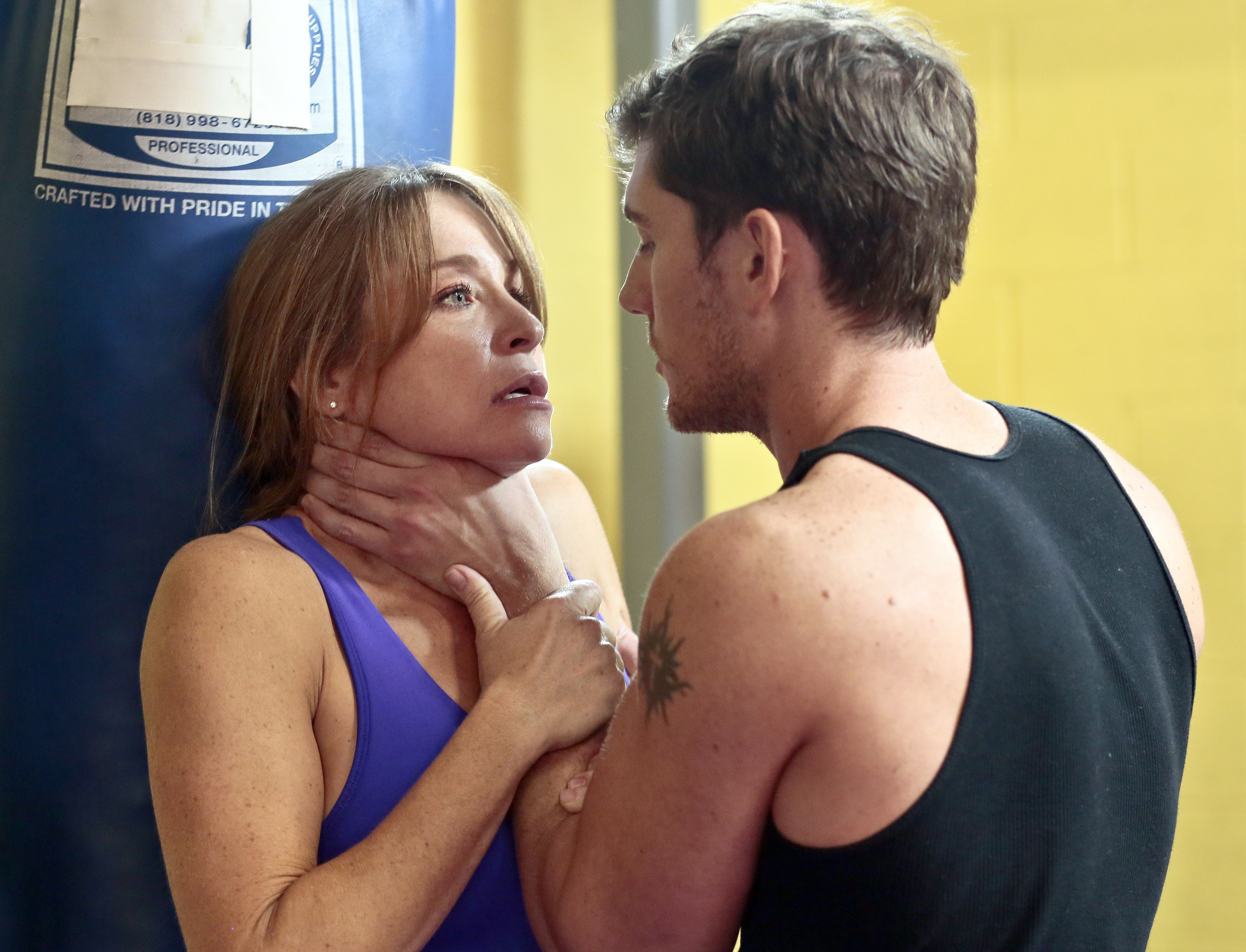 In the film, Luner’s husband is played by Jason Brooks, who DAYS OF OUR LIVES fans will remember as Peter Blake on the NBC sudser, and her sister is played by GENERAL HOSPITAL alum Tava Smiley (ex-Chloe). “She was so much fun to work with,” Luner revealed. “We had the best cast. And I know people say this, but this one happened to be like a little family. And it’s such a blessing when that happens.”

GH fans will definitely want to watch A Lover Betrayed because Emmy-winning star Maurice Benard (Sonny) plays the police detective who attempts to help Tess. “I know his work,” Luner said of her co-star. “And he is just delightful. He’s just so layered and honest with his work and he is so kind. He’s just a beautiful man. So that was a treat to work with him.” 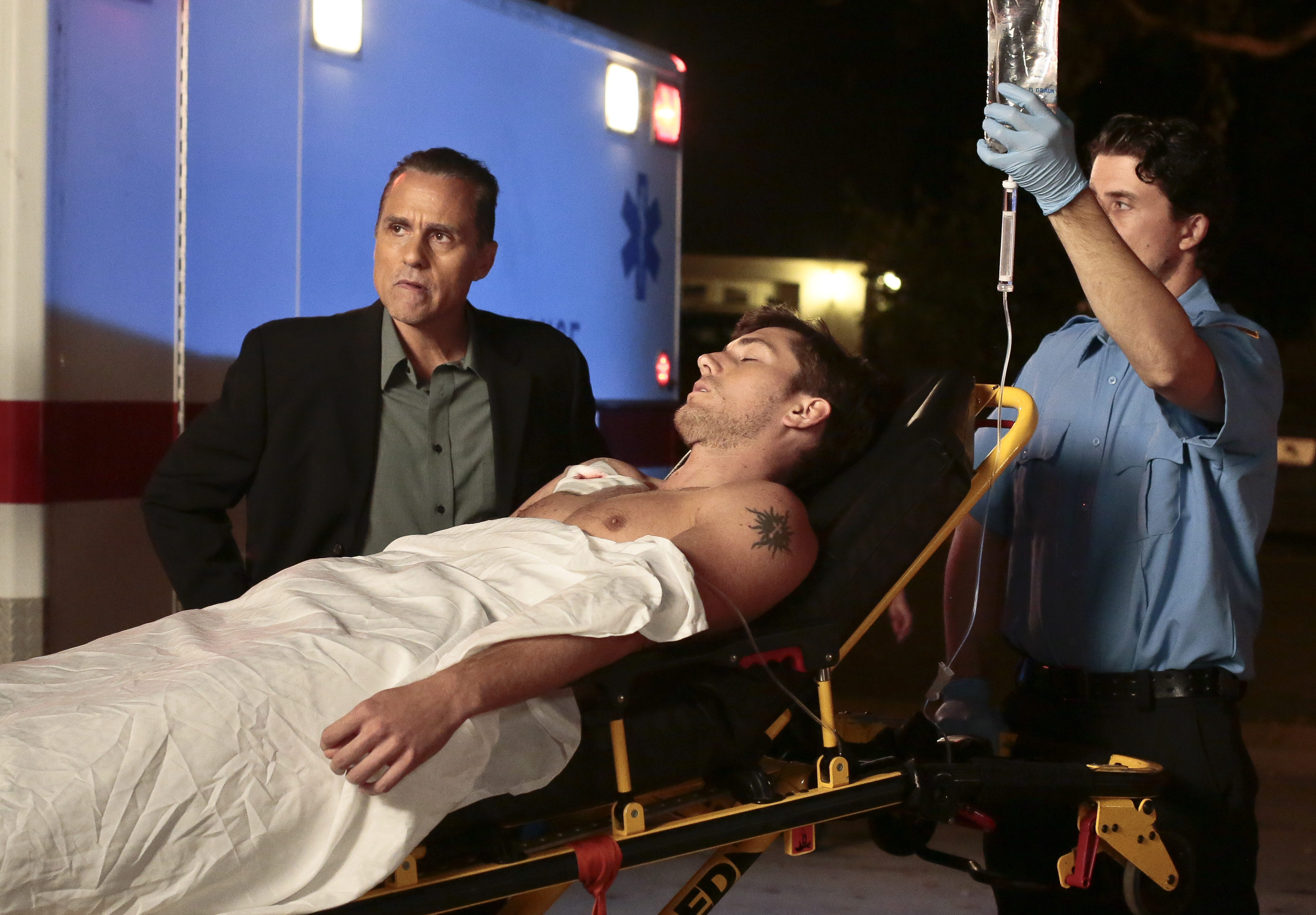 Not only was Luner aware of her castmates’ daytime credentials, she was happy about them. “To work with such seasoned soap actors, it makes a difference,” she explained. “When I was on AMC, I had no idea the level that it took to do these scripts every day. The level of acting was tremendous. So I’m always delighted when I get to work with other soap actors because they’re honest, they trust their instincts, and their tools are really sharp.”

Noting the similarities between the fast pace of a daytime drama and these kinds of films, Luner is reminded of her time on AMC… and how it came to an unfortunate end. “I really wanted to continue doing it,” she admitted. “I loved the people I was working opposite. Michael E. Knight (Tad) was one of my favorite actors to date to work with. I was very sad. Now, I was also around a lot of people that had been on the show for many more years than I was, so the closing of an era was a lot greater for them. I felt the gravity of that loss.

“I’m so grateful to have been a part of such an iconic show,” Luner added of her years on AMC. “I look back on my career and I see that I’ve been so blessed to be on iconic shows working with iconic producers and directors. It’s incredible. So I feel really blessed that that’s part of my history.”

Don’t miss the premiere of A Lover Betrayed on Saturday, Sept. 9, on the Lifetime Movie Network. But if you can’t wait until then, check out this preview right here! And for more on your favorite AMC stars, keep reading the ABC edition of Soaps In Depth magazine!