Congratulations to ALL MY CHILDREN‘s J.R. Martinez and longtime girlfriend Diana Gonzales-Jones, who got engaged over the weekend! The actor shared a photo of them outside Taverna Kyclades restaurant in Queens, NY, showing off her beautiful engagement ring! “It wasn’t easy but we did it,” Martinez shared on Instagram. “Now we’re doing it.”

The couple had been through some ups and downs, splitting in 2014, 18 months after their daughter, Lauryn Annabelle, had been born. But they found their way back to each other and now are going to make the family official! Lauryn was on hand for her mommy and daddy’s big moment, although if you were judging simply by the photo he shared on Instagram, she doesn’t look too happy about it! But that’s because she’d had a bit of a spill shortly before the proposal!

“Who cares that our daughter was crying due to the fact that she fell right before and hurt her knee,” Martinez joked on Instagram. “We were basking in joy!” (And we’re sure once her knee felt better, Lauryn was delighted by the news and already getting ready to be the cutest flower girl ever!) 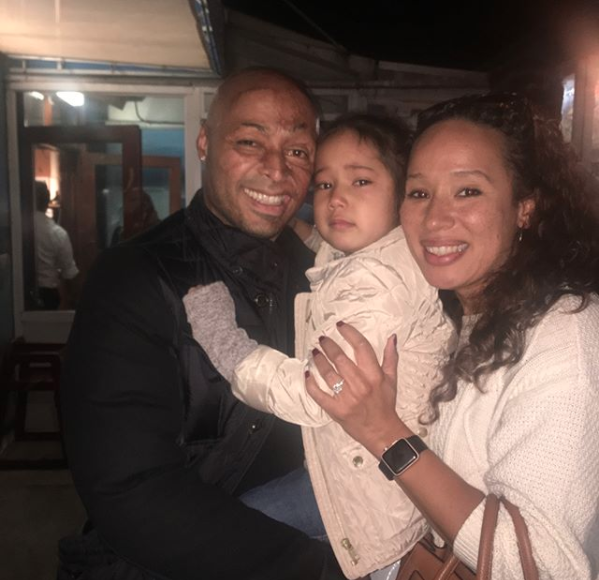 Martinez was seriously injured while serving with the Army in the Middle East, and upon his return, became a motivational speaker and worked with fellow burn survivors. He was cast on AMC in 2008 as Brot Monroe and remained with the soap until its cancellation in 2011. He has also made appearances in the primetime series ARMY WIVES and SAF3, but is also best known for winning the 13th season of DANCING WITH THE STARS with partner Karina Smirnoff.

All our best to Martinez and his beautiful bride-to-be, and we can’t wait for the wedding!

Steve Burton Returns to GH: “We’re Picking up Where We Left Off”