The daytime community was devastated to learn that legendary soap creator Agnes Nixon had passed away on Sept. 28. Friends and colleagues took to social media to share their feelings and memories about the creator of ALL MY CHILDREN and ONE LIFE TO LIVE.

On her website, OLTL’s Erika Slezak (Viki) wrote, “I am so terribly saddened by the death of Agnes Nixon. She was more than a great writer, producer and boss, she was a warm, loving and wonderful woman with a truly delightful and somewhat wicked sense of humor.

“It was my very great privilege to have known her and to have worked for her,” she continued. “When she hired me to play Viki on OLTL, she changed my life and my career and I will be forever grateful to her. I wish her peace and angels all around her. She deserves that!”

AMC’s Susan Lucci (Erica) posted to Instagram, “I adored her and admired her — and I am forever grateful to her! May this liveliest and loveliest of women rest in peace.”

I am devastated to learn that we have lost Agnes. I adored her and admired her–and I am forever grateful to her! May this liveliest and loveliest of women rest in peace.💞💞💞💞💞🙏🙏🙏💖💖💖💖💖

Josh Duhamel, who played Leo on AMC, expressed, “I’m thankful every day that she created AMC and the character that gave me my first shot in the business. She will be missed.”

GENERAL HOSPITAL’s Nancy Lee Grahn (Alexis) tweeted, “My first pro acting job was on OLTL. Where would I have begun without her? May she live on after death like any great soap character.”

AMC’s Cameron Mathison (Ryan) shared on Twitter, “It was such a pleasure to know you and be a part of your Pine Valley family.” 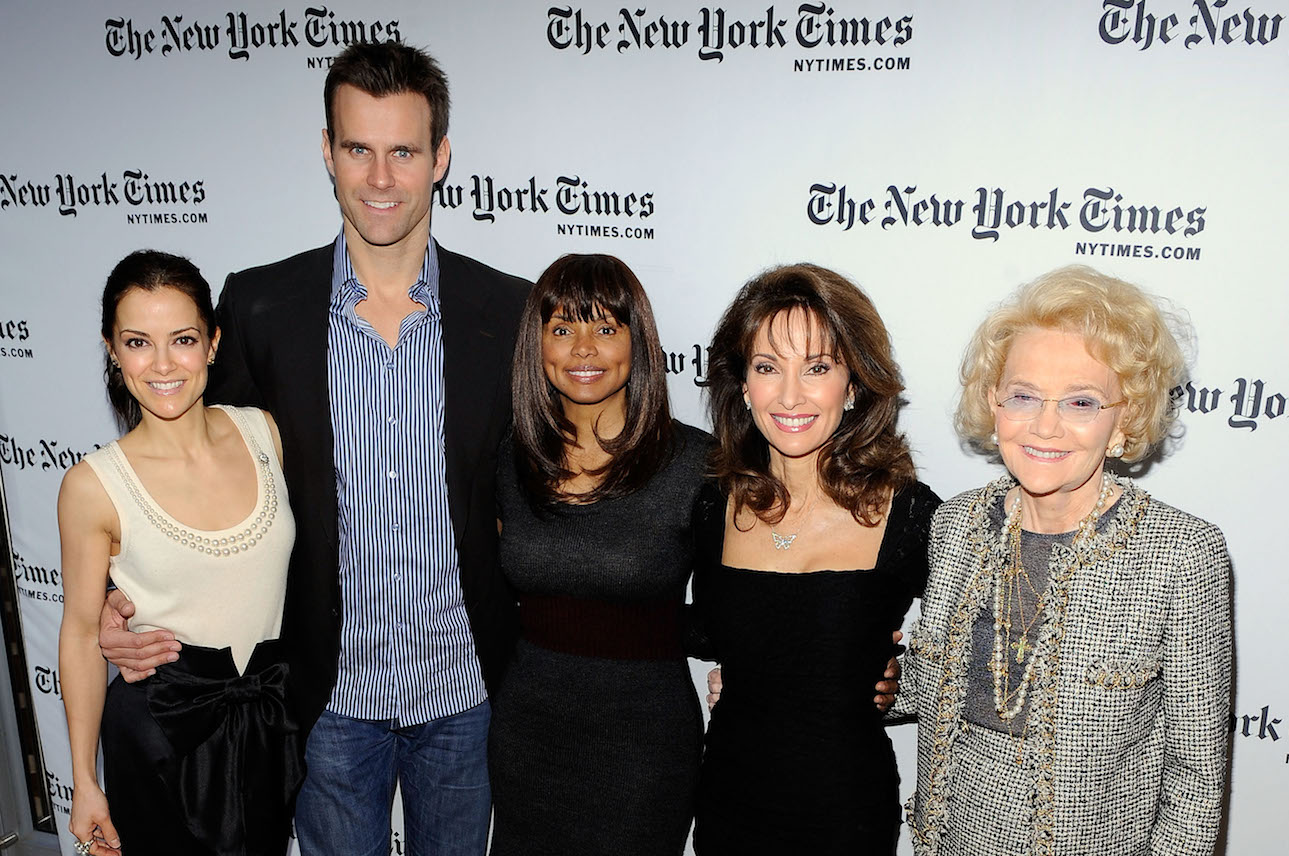 Robin Strasser (Dorian, OLTL) tweeted, “I once asked Agnes about the afterlife. She said she believed that someday she’d be reunited with her beloved husband. Few can match the accomplishments of Agnes Nixon. Her genius was a gift to many! She was generous, exacting, imaginative! Truly incomparable!”

“Agnes created one of the best characters I’ve ever played and was brilliant and kind,” tweeted Rebecca Budig (Hayden, GH), who played AMC‘s Greenlee for years. “Love and prayers to her family.”

Our thoughts are with all of Nixon’s loved ones during this difficult time. She left a lasting legacy that soap fans will treasure forever.