Although Bryan Craig did return to GENERAL HOSPITAL for a cameo appearance as Morgan Corinthos in the January 17 episode as part of Ava’s tortured visions, he was actually supposed to return to the soap even earlier than that, despite having been killed off back in October of 2016. But unfortunately, the young actor isn’t sure bringing Morgan back to GH is the best idea!

In August of 2017, Sonny Corinthos lay near death after being shot by Sam, and a vision of the late Stone Cates inspired him to fight for his life. And while many fans were happy to see that character back again, some wondered why Sonny wasn’t seeing a vision of his actual son, Morgan, who was also dead. “They wanted me to come back and do that, but I wasn’t available,” Craig revealed to Soaps In Depth.

“I was shooting a movie at the time,” he explained and there just wasn’t enough time for me to fly back and do that episode, then fly back to continue filming the movie. So unfortunately, I had to pass.” 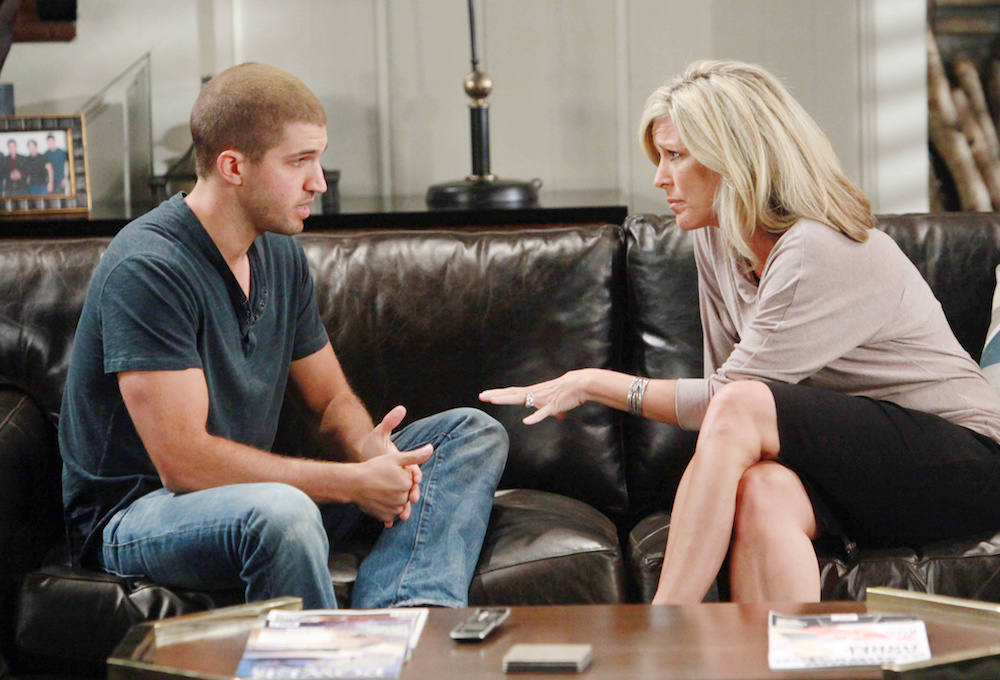 Carly would love to have her son back in her life. (Photo Credit: Howard Wise/jpistudios.com)

Although the CW action drama in which he starred, VALOR, has been cancelled, the primetime soap pilot he shot, GRAND HOTEL, has been picked up for a full series order by ABC, so he’s probably going to remain too busy for any more GH appearances. “If I had some free time and they wanted me to recur here or there, I would give that some thought,” Craig admitted. “It’s humbling that people want Morgan back so badly!”

The actor, who won two Daytime Emmy Awards for his work on GH, appreciates that when Morgan was killed off, no body was ever found. “I was happy that they left the door open,” Craig said. “And you know, if I wanted to come back, they were more than happy to take me back.”

However, despite what the fans may want, Craig isn’t sure that resurrecting Morgan would be best for GH. “I’ve thought about it more and more [since],” he confessed, “and I don’t know if it would do the show justice to revive that character.”

Do you think General Hospital should bring back Morgan?

Hayley Erin’s Primetime Pilot Picked up for a Full Series — Can she Balance it and GH?

The Amazing Daytime Emmy Moments You Didn’t See on TV