Fans can get ready to see Max Giambetti back in action again very soon as actor Derk Cheetwood is returning to GENERAL HOSPITAL! “Great to be back in Port Charles!” he posted to Facebook when he checked in at The Prospect Studios where the soap is taped in Los Angeles, CA.

Now, when his brother, Drew Cheetwood, returns to GH, it’s usually so Milo can join up with the other hunks in town to do their annual striptease routine for the Nurses Ball. But when Max is around, it’s usually because as Sonny’s bodyguard, there’s some danger afoot! What brings Max back into action this time around? Cheetwood isn’t saying, so anything is possible! 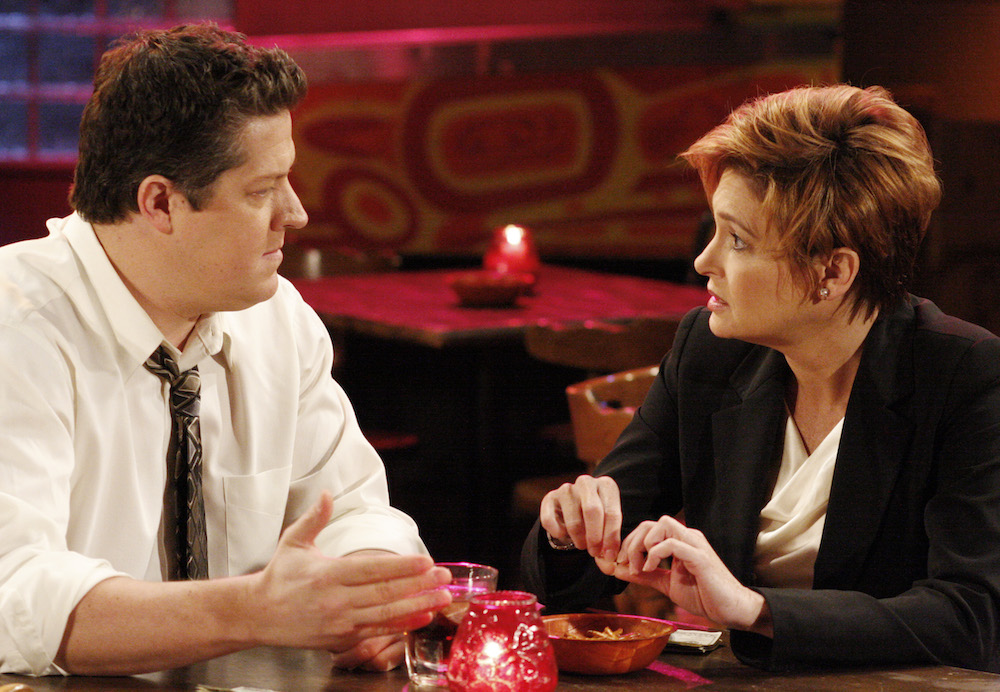 Max and Diane were an unlikely — but popular — couple! (Photo Credit: Ron Tom/ABC via Getty Images)

Cheetwood first debuted as Max back in 2002 where he worked as a bodyguard and driver for Sonny Corinthos. Fans enjoyed his romance with feisty attorney Diane Miller, but that eventually fizzled out on the back burner. Max was seen briefly in the March 5 episode as Sonny discovered Michael injured from the earthquake that struck Port Charles, but before that, he hadn’t been seen since November of 2016 when he got shot by Morgan. (Oops!)

Whether this is just another brief appearance or perhaps a longer stint, there are no details available yet. You’ll just have to stay tuned to see what happens next. (But it would be great to see Max and Diane together again!)

Tristan Rogers Back on Set at GH as Robert Scorpio