Actress Amber Tamblyn has stirred up quite the hornets nest of drama on Twitter, and it’s like a plot out of GENERAL HOSPITAL, where she grew up playing Emily Quartermaine! On Sept. 10, actor James Woods tweeted his disgust with the upcoming film Call Me By Your Name, a coming-of-age drama based on the novel of the same name about a young man in Italy who develops a romantic relationship with an academic staying at his parent’s villa. After Woods tweeted: “As they quietly chip away the last barriers of decency” with the hashtag “#NAMBLA,” one of the film’s stars, Armie Hammer reminded the older actor: “Didn’t you date a 19-year-old when you were 60?”

This led Tamblyn to reply to Hammer and share a story of her own youth. “James Woods tried to pick me and my friend up at a restaurant once,” she revealed. “He wanted to take us to Vegas. ‘I’m 16,’ I said. ‘Even better,’ he said.”

In a follow-up tweet, Woods denied that Tamblyn’s story was true, but she’s maintaining that the incident actually happened. She shared a screenshot of a text exchange she had with her friend asking if they remembered that day, declaring: “Since I know people love to question the integrity and honesty of women when they come forward with stories like this, here you go.” 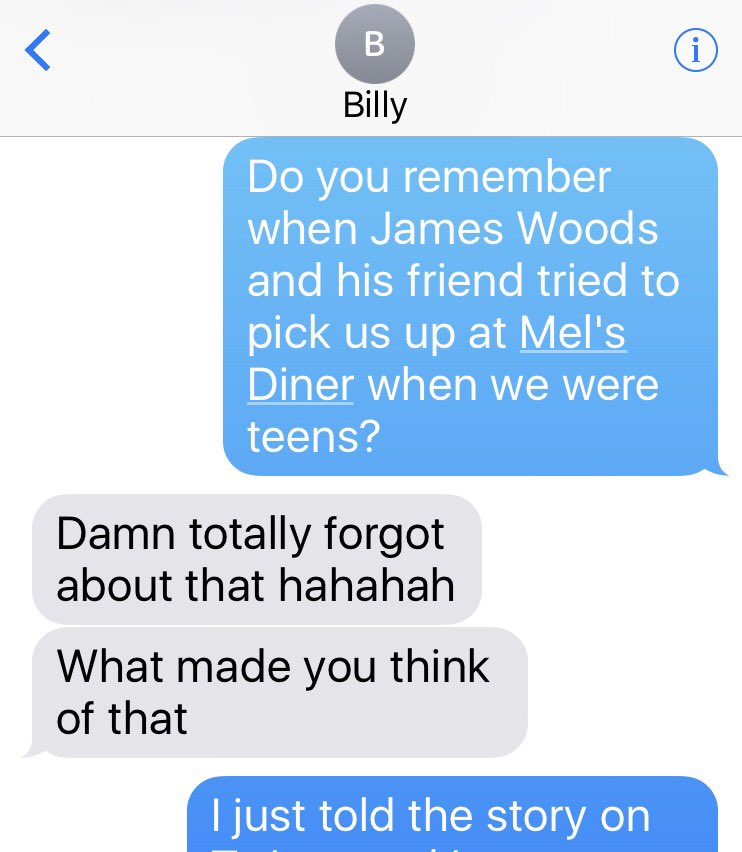 Thankfully, Tamblyn had the good sense to turn down the invitation. This sort of behavior was not new to the young star at the time. Back in May, the actress-turned-director shared a powerful story of an audition that she had when she was 13 where the director made inappropriate comments about her body and developing into a woman. Overwhelmed with shame, Tamblyn later refused the role when it was offered to her and admitted that the incident changed her life for the better. “A woman often misreads her own instincts as anxiety,” she wrote. “We are told the phrase ‘listen to your gut’ but then we are punished for doing so, or still told that it is wrong.”

GH fans watched Tamblyn grow up on-screen into the strong woman she is today, so they know she’s not someone to mess with! And she isn’t shy about taking a stand publicly for what she believes in.

Get a First Look at Carolyn Hennesy in Her Exciting New Role!