Faison tore through Port Charles like a whirlwind on GENERAL HOSPITAL — wreaking havoc, killing his newfound son, and then dying himself, all in the blink of an eye. It was a blast for Anders Hove, who has played the supervillain on and off for 30 years, so no, of course, he wouldn’t mind in the slightest if another return from the dead was in the cards for his character! “It’s nice to be allowed to be the badass every once in a while in this politically-correct world we live in,” he admited to Soaps In Depth. “I enjoy it.”

When he got the call to reprise his role once more, the actor, who lives in Denmark, hopped a plane and, upon landing in L.A., hit the ground running. “What happened during my visit would usually take a month or two,” he marveled. “It was eight shows in four days. We had a little breakdown the first day due to exhaustion,” he adds, “but beyond that, I loved it. We had some good material to work with — a lot of people got hurt, and a lot was explained with the Jason Morgan story. Those brothers are going to look at each other with different eyes… but I think there are still some loose ends. GH just set it up beautifully for me.” 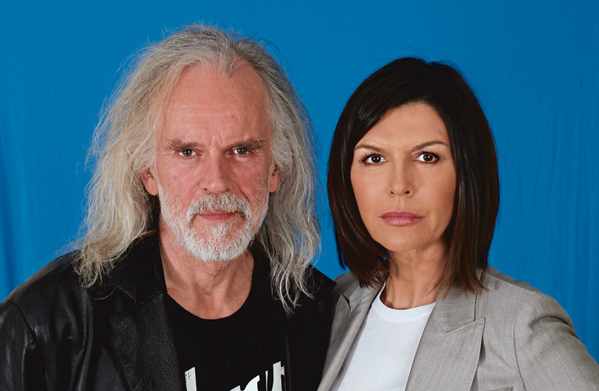 Hove didn’t have much time to get back into Faison’s head, but that was okay — the key to playing him is his heart. “The overall issue for Faison, whatever he does, is that he loves Anna — just maybe not in a redeeming way!” he chuckled. “As stupid as he was to take Robin hostage, it was because he loved Anna. And he even goes down believing Anna is his true love!”

As for the spy who didn’t love him, Hove contends she’s not over Faison, either. “Going back to the WSB stories and the crystal, Anna’s always been conflicted with the fact that Faison’s in her life,” he mused. “I’ve been by her side, so to speak, all these years. One way or another, they are totally connected. She’ll have her second thoughts, believe me, now that I’m gone.”

Anna didn’t realize how close she was to her child! (Photo Credit: XJJohnson/jpistudios.com)

Of course, it was Nathan, not Anna, who lured Faison back to town, and that made him see his most ardent admirer in a new light. “That Obrecht, she’s special,” Hove said. “And when Faison realized he had a grandson with her, there was a moment of recognizing her and their life together. I liked that.”

Unfortunately, the psycho then killed their son, Nathan, leaving Port Charles to contend with dark Peter/Henrik. “It’s going to be interesting to see what happens to that character,” Hove grinned. “He’s a brilliant, good-looking young man who’s been let down — and has certain genes from his father that are not worth bragging about!”

Ultimately, Jason got his revenge on Faison, bringing about his downfall. “I was the one who killed him five years ago,” reminded Hove. “Steve Burton (Jason) and I had some great scenes. He’s a nice guy!” In another genre, that would mark the conclusion of Faison’s story. “I’m closer to dead than ever in the past… but I’ve died a few times, right?” Hove teased with a wink. “I’ll turn up anytime GH calls.”

While he was floored by this run — thanks to both jet lag and the show’s staggering production pace! — the legacy player appreciated the energy that executive producer Frank Valentini has brought to the venerable soap. “He’s always on stage, directing left and right,” Hove raves. “He has his finger on the pulse.” 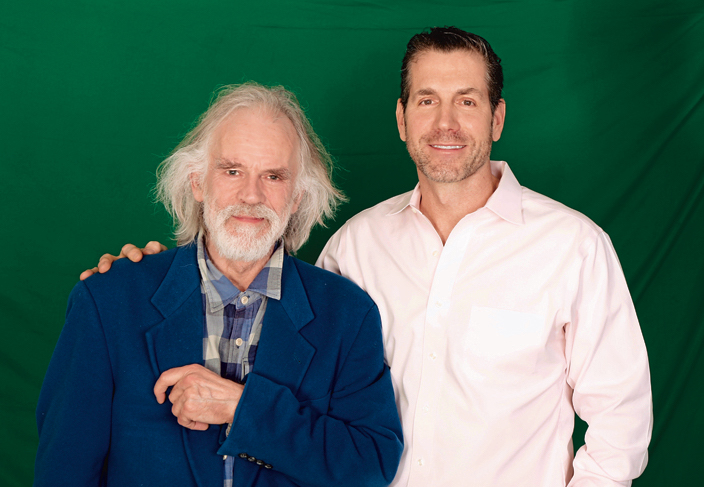 ”I had a good time with Frank,” he said of GH’s executive producer. “It was a wonderful ride, as usual.” (Photo Credit: Jim Warren)

When all was said and done, “I think he was happy, and when he’s happy, I’m happy,” Hove remarked of Valentini. “We don’t know what’s going to happen in the future, but he’s the one who brought Faison back to life, so to speak, back in ’12. Maybe Faison is dead this time. But I have a good relationship with Frank, and that doesn’t matter at all.”

If GH does cook up another return, Hove has only one request: “I’d want it to be a minimum six-month contract, so it’s less hectic,” he says. “Not that I minded living this gypsy life for a week or two… but if there’s ever going to be another run, I hope I can stay for awhile.” And if this turns out to be his last hurrah, “It’s been a great run,” he says with a grin. “I have no complaints!”