Since he plays a psychiatrist, you’d think that Anthony Montgomery (Andre) would be on GENERAL HOSPITAL a whole lot more than he is, given that a lot of people in town could desperately use some therapy! “I want Andre to interact with all the characters more,” the actor declared on Twitter. “I think he could add a lot of value and insight to many lives around Port Charles.”

After a failed relationship with Jordan, Andre has been painfully single, and many fans have enjoyed the scenes that Montgomery has shared with castmate Finola Hughes, but things have been going very slowly for Andre and Anna. “I’m not sure what the writers have in store,” Montgomery allowed. “Andre will always love Jordan, but he has a real connection with Anna. It makes sense to me to see what Anna and Andre could be together. I think Anna and Andre could develop into a terrific couple. They already have a strong friendship, so I think it could definitely work.” 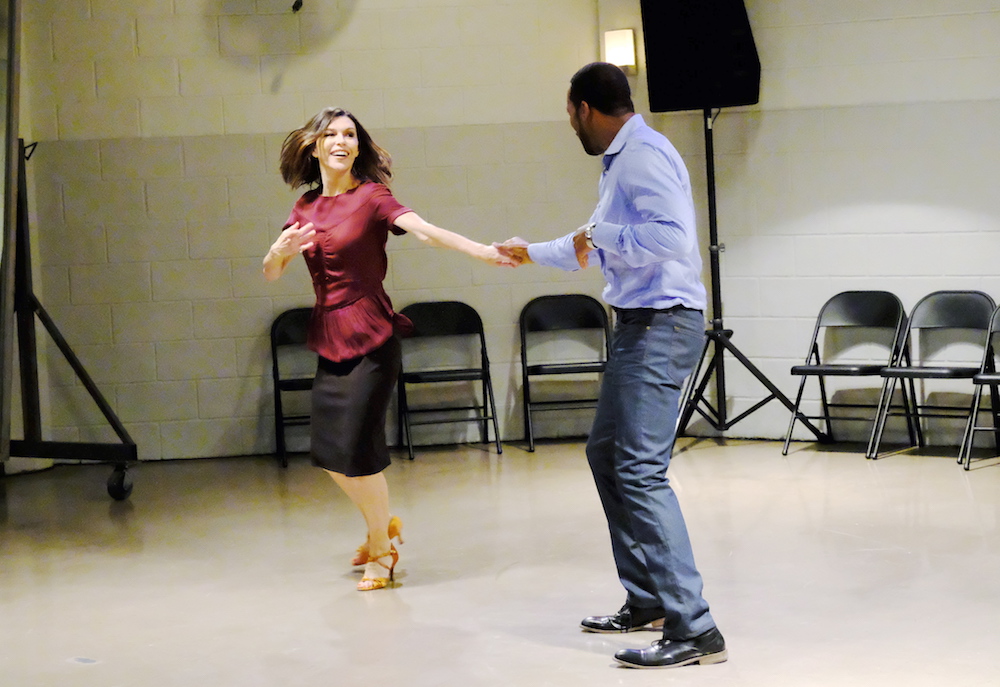 Andre and Anna’s impromptu dance routine charmed many viewers, who also complimented the duo on their skills. While many GH fans likely knew that Hughes started her career as a professional dancer, they may not know that Montgomery is also a trained hoofer! “I used to be a dancer before I was an actor,” he revealed. He also let fans in on his secrets to staying in such great shape. “I have a balanced diet — despite my sweet tooth — and incorporate weights and cardio in the gym,” Montgomery confided. “Plus, martial arts and other sports.”

More successful #Hapkido testing! My #prince went from Green Belt to Blue, and despite injuries, I made it from Brown Belt to Red. With hard work and staying injury-free while I train, I'll reach my goal by December… #blackbelt #martialartsmen #discipline

Andre has been in Port Charles for almost two years, but the character remains a bit of an enigma. Montgomery admitted that he would love to explore his alter ego’s family history, but didn’t have any ideas on actors who should play his parents or siblings. “I don’t have any casting suggestions,” he confessed. “I really want to see what kind of family history the writers will give Andre. He has a history and it would be great to see that history revealed.”

Montgomery’s lack of screentime on GH occasionally leads some fans to worry that he’s not long for the soap, but the actor promises that’s not the case. “Andre will be around!” he declared. “Stay tuned!”

Back on GH, Steve Burton Promises “Great Things are Coming”

Jessica Tuck Previews Her New Role as Cassandra on GH

Who Is Patient Six on GH?