Mike Corbin is returning to GENERAL HOSPITAL, but with a new face! Veteran actor Max Gail will be taking over the role of Sonny’s father, and is scheduled to first air on Monday, Feb. 5, for an extended arc according to TV Line.

Gail is best known for his role as Detective Stan “Wojo” Wojciehowicz on the classic sitcom BARNEY MILLER, and earned two Emmy Award nominations for Outstanding Supporting Actor in a Comedy or Variety or Music Series for his work in 1979 and 1980. He could also be seen in the 1983 series WHIZ KIDS, 1990’s NORMAL LIFE, and SONS & DAUGHTERS from 2006-07. This is also not Gail’s first foray into daytime. In 2007, he played an aging hippie named Merle on DAYS OF OUR LIVES.

The role of Sonny’s dad was originally played by actor Ron Hale, who made his debut on GH back in 1995. Mike had a strained relationship with his son, and struggled with a gambling addiction. The character appeared occasionally over the years and was last seen checking into rehab in 2011 when Hale retired from acting. 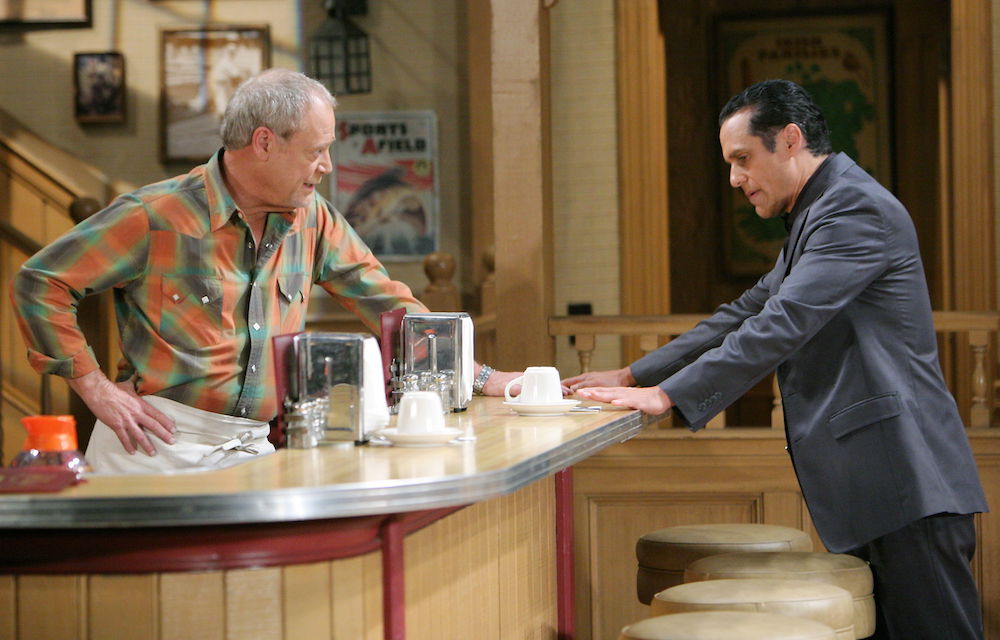 Ron Hale as Mike with Maurice Benard as Sonny in a scene from 2010. (Photo Credit: Howard Wise/jpistudios.com)

The question is, what brings Mike back to Port Charles? Is he out of rehab having been cured? Or has he gotten himself into yet another dangerous situation that he’ll need Sonny’s help to get out of? It wouldn’t be the first time Sonny has had to bail his dad out of a jam! You’ll just have to stay tuned to see how the story unfolds!

All the Actors up for Daytime Emmy Award Nominations This Year

Genie Francis Thanks Fans for Their Support