Port Charles’ new district attorney, Margaux Dawson, made a splashy debut on GENERAL HOSPITAL when she faced off against Diane in court and sent Carly to Ferncliff, but since portrayer Elizabeth Hendrickson will be sticking around, the soap’s fans had plenty of questions for the actress about this newcomer! “She’s still new on the canvas and every day I’m learning more about her,” she admitted on Twitter of her alter ego. “I hope you will all see more about who she really is at her core in the next few weeks.” And when one viewer wondered if Margaux might have a previously unrknown connection to someone in town, the daytime star played coy. “As of now, Margaux is new to town,” she teased. “But you never know, there my be some connection that has not been revealed yet!”

While playing a lawyer for the first time is “challenging and so fun,” Hendrickson does get to enjoy working with a familiar face on GH — Billy Miller (Drew), who she previously worked with on THE YOUNG & THE RESTLESS where they played Billy and Chloe! “I always loved working with Billy,” Hendrickson exclaimed. “Feels like old times, but also feels brand new, since our characters are so different from our previous roles.” And since she also confided that she and Miller have taped “a lot” of scenes together, she even jokingly tried to come up with a couple nickname for Drew and Margaux. “So we would be… Dregaux?” she laughed. “This is a hard one!” 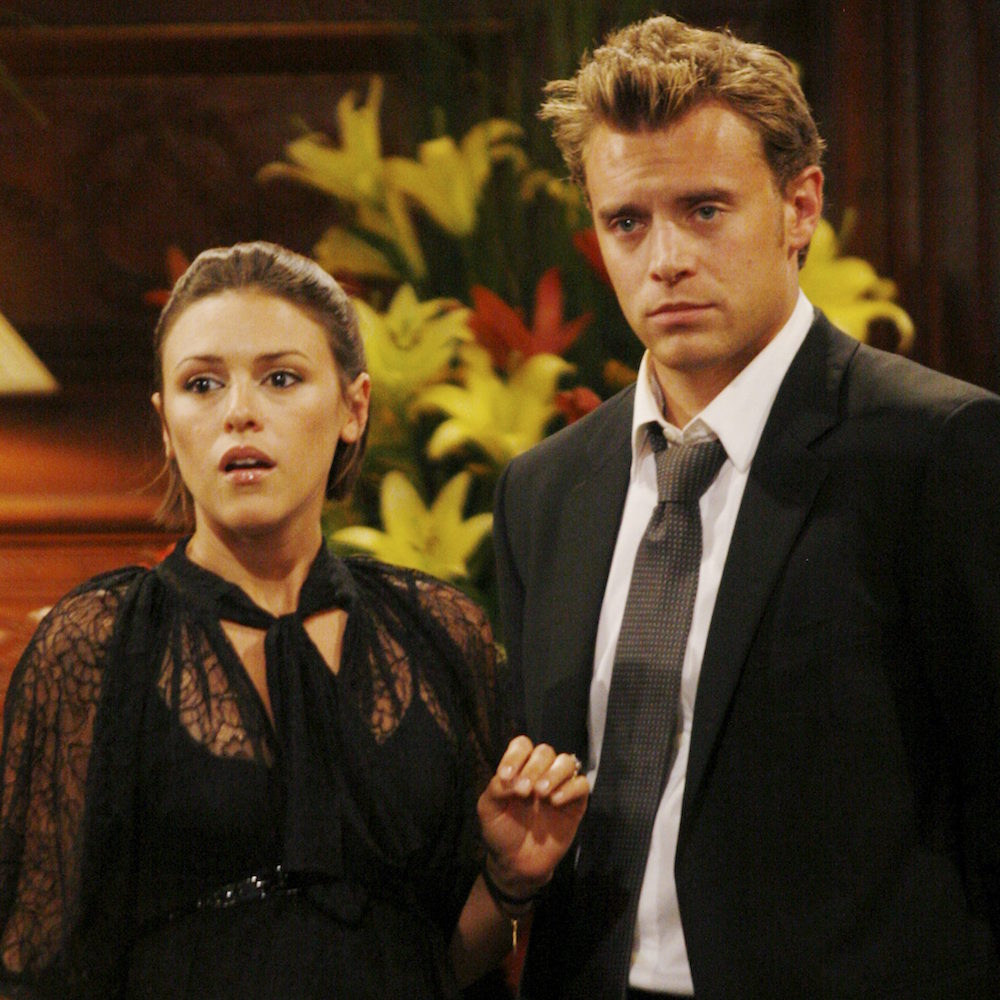 Hendrickson and Miller were love interests back on Y&R! (Photo Credit: Brian Lowe/jpistudios.com)

And although Hendrickson is looking forward to working with some new scene partners on GH, she’s also crossing her fingers that she’ll get to interact with some more of her former castmates. “I really hope I get to work with Finola Hughes (Anna) again,” she admitted. “Also hoping to work with Tamara Braun (Kim)!” But although Margaux and Anna have yet to share the screen together, the former ALL MY CHILDREN co-stars have already reconnected backstage! “She actually came running onto the set to give me a huge hug while I was working on my first day,” Hendrickson revealed. “It was such a warm, wonderful welcome.”

As for whether romance is in the cards for Margaux, or if she’s going to be all business and continue trying to take down Sonny, fans will just have to stay tuned. “I hope we get to see a little bit about her past soon,” Hendrickson mused, “which will help reveal who she is under that poor suit.”

With an Inspirational Message, Laura Wright Proves Age Is Nothing But a Number