In her decades on GENERAL HOSPITAL, Finola Hughes has gained a legion of loyal fans, and even though WSB super-spy Anna Devane isn’t seen quite as frequently as some might like these days, both the actor and character remain very popular with the audience. So when Hughes popped onto Twitter to field questions from fans, she had plenty to answer! Of course, one of the big questions was Anna’s relationship with the good doctor Finn!

While Anna and Finn are still a little prickly, their portrayers love working together. “He is a total joy,” Hughes declared of co-star Michael Easton. “Dark and very funny to work with.” But as for Anna and Fin’s romantic future, the actress remained coy. “Stay tuned,” she urged fans. “See what we have up our sleeves.” 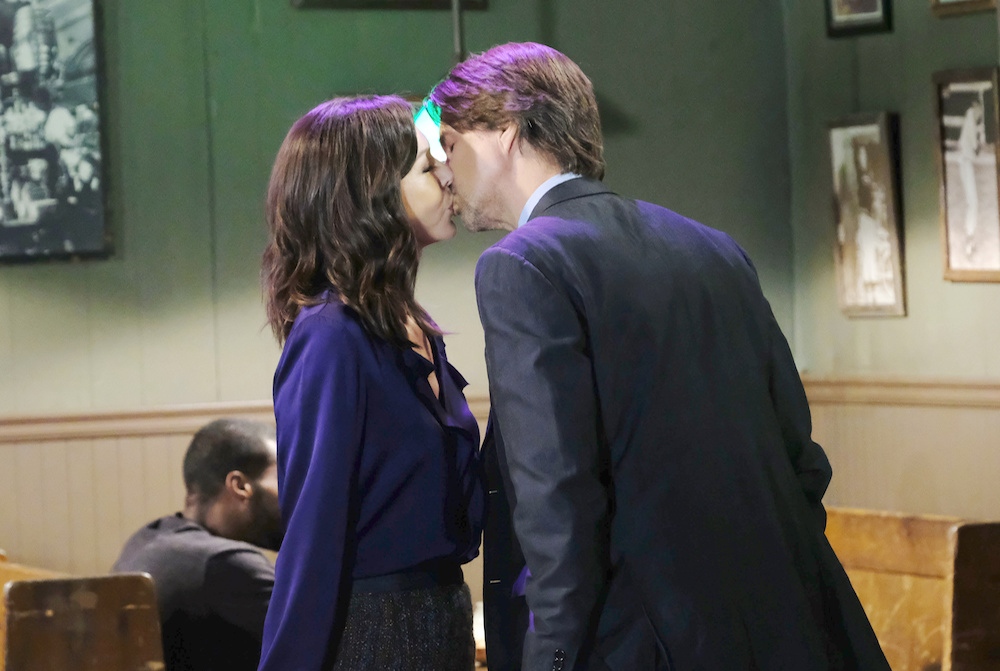 Was there more to this kiss than meets the eye? (Photo Credit: ChrisD/jpistudios.com)

Viewers were also treated to another side of the Daytime Emmy winner when she recently played Anna’s darker twin sister, Alex. Although Hughes admitted that tackling the dual role again was stressful. “It is a bit challenging. Kept me up at night,” she declared. “No joke.” And when one fan hoped they’d see Alex again soon, the star begged her to keep quiet lest someone at the soap hear her!

Hughes joined the cast of GH in 1985 and has enjoyed a great many storylines, so asked to select her favorite proved difficult. “Anything with Kimberly McCullough (Robin),” she replied. And with such a history to draw on, the actress allowed that it was often more challenging to revisit earlier storylines than forge ahead with something new. “I love the excitement of the new,” she declared.

But if she could bring back any part of Anna’s past, Hughes revealed that it would be Duke. “I love working with Ian Buchanan,” she declared. “Not sure how we could.” Of course, in daytime, death is rarely ever permanent — it just takes a creative writer to come up with a way to resurrect the character! 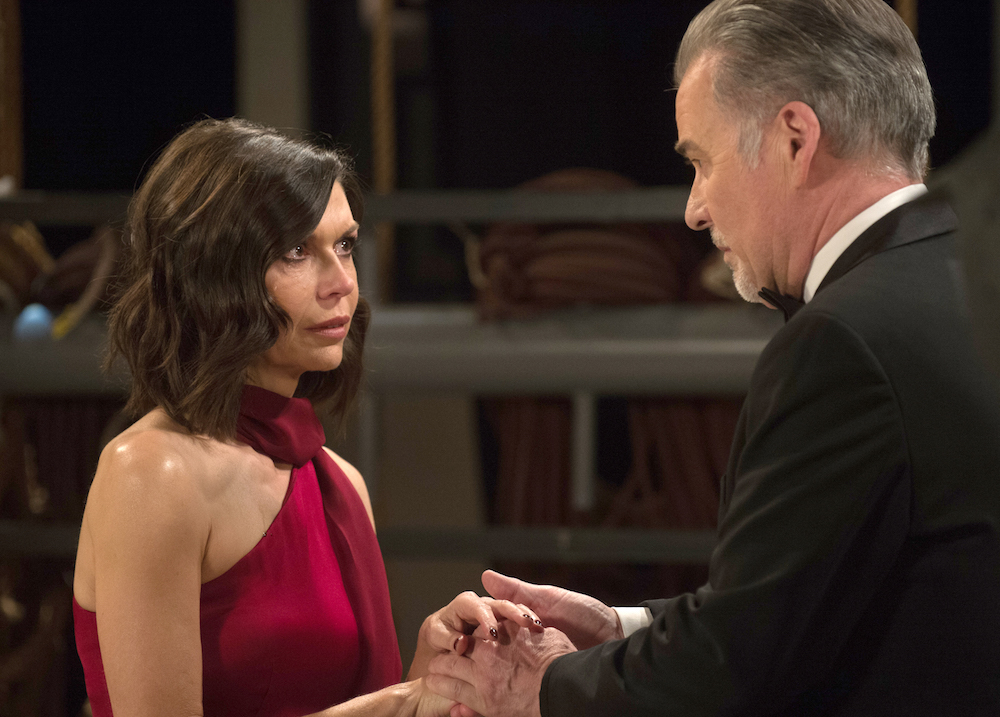 Surely there’s a way to bring Duke back to life as well. (Photo Credit: Todd Wawrychuk/ABC via Getty Images)

To find out what happens next for Anna and Finn and to see how she reacts when she finds out about Andre’s involvement in the Jason/Patient Six shocker, stay tuned! And for more on your favorite GH stars, keep reading the ABC edition of Soaps In Depth.

Steve Burton Reunites with Kelly Monaco: “We’re Picking up Where we Left Off”