Soaps are all about love in the afternoon, so characters are never single for long. Which is why some fans are afraid that Kiki will be going after Griffin on GENERAL HOSPITAL and stealing her mother’s boyfriend away from her! “I can’t fault Ava for being suspicious,” Hayley Erin (Kiki) confided to Soaps In Depth with a wink. “Everyone knows Matt Cohen is beautiful, and Kiki knows Griffin is beautiful. And he’s also this great guy! So as we see Kiki’s relationship with him grow, maybe there are feelings there.” 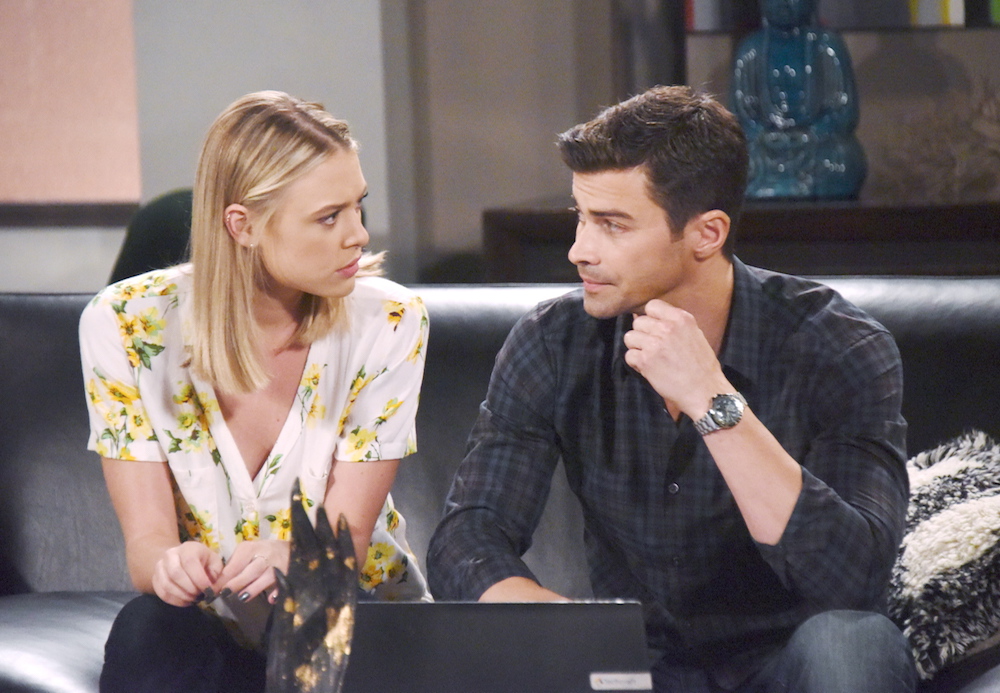 How long can Kiki resist the pretty? (Photo Credit: XJJohnson/jpistudios.com)

Still, the actress insists that her GH alter ego wouldn’t steal her mom’s man, at least not intentionally! “Sometimes, people are just so compatible and good together, and it’s so easy,” she mused. “And that’s what brings them together and makes us want to see them together.” And this is a far cry from the earlier storyline where Ava was sleeping with Kiki’s boyfriend, Morgan! “It’s a fun new take on the situation,” Erin declared, “because we’ve had the Morgan dynamic, which was super-elevated drama. But Griffin is the polar opposite in the sense that he’s calm, cool, and collected. You have these little arguments between the three of them, and he’s the peacemaker — the priest. I’m really enjoying the dynamic.”

Since it now seems unlikely that Kiki would reunite with Dillon even if he returned to Port Charles, her heart is open for a new romance. And if she’s not going to break up Ava’s relationship, there are actually single guys she could go after in town… like Michael! “I had some scenes with Chad Duell recently and thought, ‘This could go somewhere,’” Erin teased. “And I’ve been dying for there to be some animosity between Kiki and Nelle, because I love Chloe Lanier and her character. Let’s go at it!” 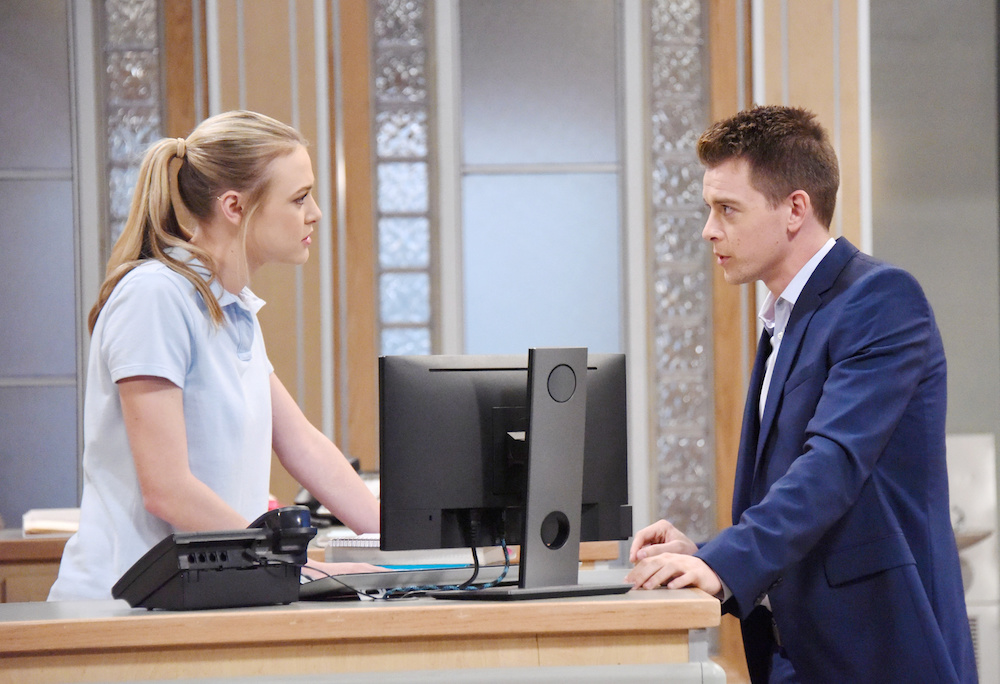 If Kiki dated Michael, Nelle would definitely have something to say about it! (Photo Credit: XJJohnson/jpistudios.com)

But the one relationship that will always be a constant in Kiki’s life is the one she shares with her mother, no matter how fraught with drama it can sometimes be. “But I understand Kiki’s back-and-forth,” Erin admitted. “In a relationship, there are good days and bad days. And with Ava, there are so many layers to every situation. We’ve played so much tension for so long, so I’d love for things to stay really, really sweet for a while… and then maybe the Kiki/Griffin reveal could be their destruction!”