Kiki hasn’t had a whole lot to do on GENERAL HOSPITAL in recent months, but that’s given portrayer Hayley Erin the freedom to pursue other work, including a mysterious new role on the upcoming PRETTY LITTLE LIARS: THE PERFECTIONISTS! “Could not be more excited to join the PLL family,” the actress tweeted when the news broke. And now it has been confirmed that Freeform has picked up the series for a 10-episode first season.

This spin-off of PRETTY LITTLE LIARS is based on the popular book series The Perfectionists by Sara Shepard, the author of the original Pretty Little Liars series. It centers around the town of Beacon Heights where everything appears perfect. But look just below the surface, and the cracks begin to appear. And when the struggle to remain perfect leads to the town’s first murder, the truth begins to unravel.

PLL stars Sasha Pieterse and Janel Parrish will be reprising their roles in THE PERFECTIONISTS, joined by Sofia Carson, Sydney Park, and Eli Brown. Kelly Rutherford (Sam, GENERATIONS) stars as Claire Hotchkiss, a family matriarch who will do anything it takes to get what she wants. Erin’s role is currently unnamed and deliberately being kept under wraps. 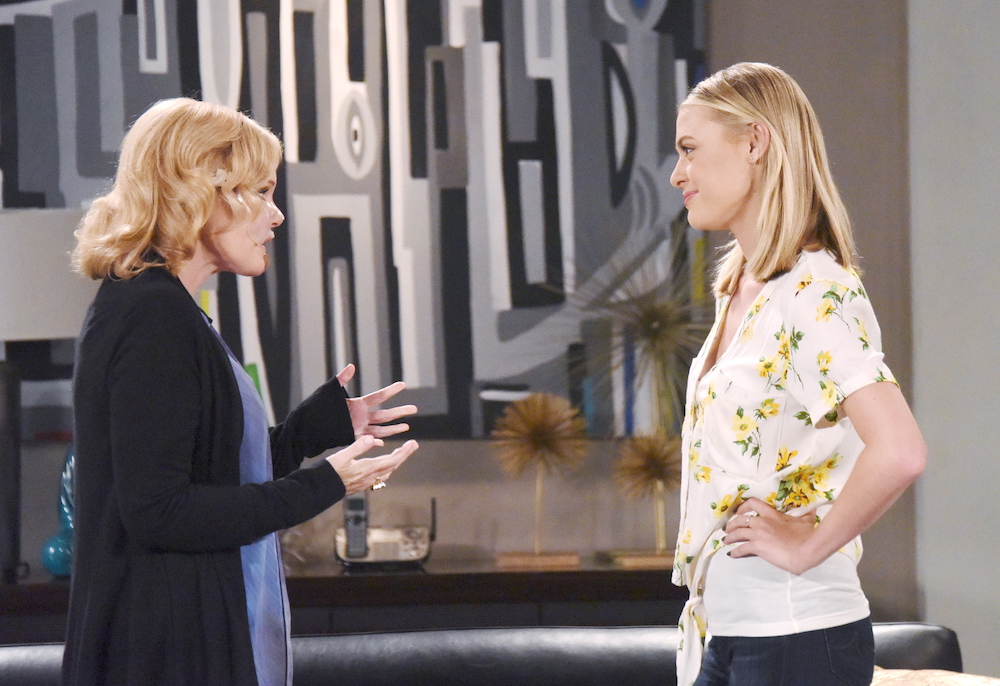 What would Ava do without her daughter’s help? (Photo Credit: XJJohnson/jpistudios.com)

When THE PERFECTIONISTS was just a pilot, it was unlikely to affect Erin’s work on GH, but now that it’s been picked up for a full season, that could change. Thankfully, the network is also part of the Disney/ABC Television family, so it’s possible they could be able to work out a deal to share the talented actress between both shows. For her part, Erin has publicly declared she has “no intention to leave” the soap, so hopefully she can find a way to arrange the shooting schedules and maintain both roles.