Soap fans are a notoriously passionate group, but some sub-groups can be extra-passionate. For instance, there are some GENERAL HOSPITAL viewers who are so devoted to Jason Morgan that they decided to attack actor Donnell Turner online for a conversation his character, Curtis, had with Drew!

In the March 26 episode, Curtis found Drew drinking his troubles away on the docks after he left Sam because she confessed she was still in love with Jason. He attempted to reassure his friend that his marriage wasn’t necessarily over, and that Jason could never compare to him. “There is no way that guy can make her happy,” he declared. “I mean, he drags around misery behind him like some kind of security blanket.” He also commented that Jason has the personality of concrete and never cracks a smile. And while this was just Curtis’ way of trying to lift Drew’s spirits, some fans attacked Turner online for the words the GH writers put in his mouth. 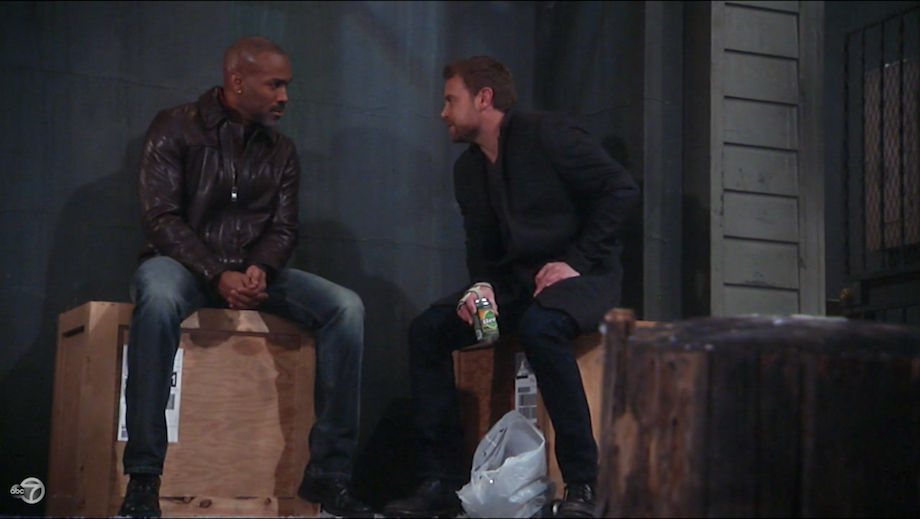 Curtis and Drew’s bromance is popular with some GH fans! (Photo Credit: ABC)

Curtis, I like you but stop trash talking Jason thanks ✋🏼 @donnellturner1 @1SteveBurton #GH

Turner responded to that tweet by joking: “LOL. You think that’s trash talk? SMH. I think you’ll get over it!” And although there were some Jason supporters who were upset by the scenes and took out their anger online, other GH fans stepped in to commend the actor on doing a great job and apologizing on behalf of the bullies.

Love Curtis and even if he was trash talking Jason there’s no reason to tag you and steve! The actors have no control over what their characters do or say 😘❤️

Fans can say whatever they want online, but when it comes right down to it, all Turner can do is perform the dialogue that is written for him and just keep doing his job to the best of his ability. And if that means having to deal with some passionate fans who don’t like his character or what he’s doing, then that’s just part of the job, unfortunately!