Things aren’t looking good for Drew and Franco in these GENERAL HOSPITAL spoilers! Will Liz and Sam be able to rescue them in time? Meanwhile, Kiki finds herself in an awkward position, and Sonny believes there may be a way to help his father. But is it all just a pipe dream?

Jordan is lurking in the hallway at the back of the police station on her cell phone. “Let’s hope that you find what you’re looking for,” she says as she backs up to hide behind the wall. Meanwhile, Curtis continues his investigation into Jim Harvey’s true plans for Port Charles looking for any scrap of evidence to put him out of business. “Gotcha, you crooked son of a bitch,” he exclaims. What has he found?

Kiki has been grateful for Dr. Bensch’s help and advice as she pursues a career in medicine, but does the doc have ulterior motives? “Let’s head to my office,” he tells her with a smile. “We can talk in private.” Kiki looks a little nervous. Is she worried about her medical future or Dr. Bensch’s attention? 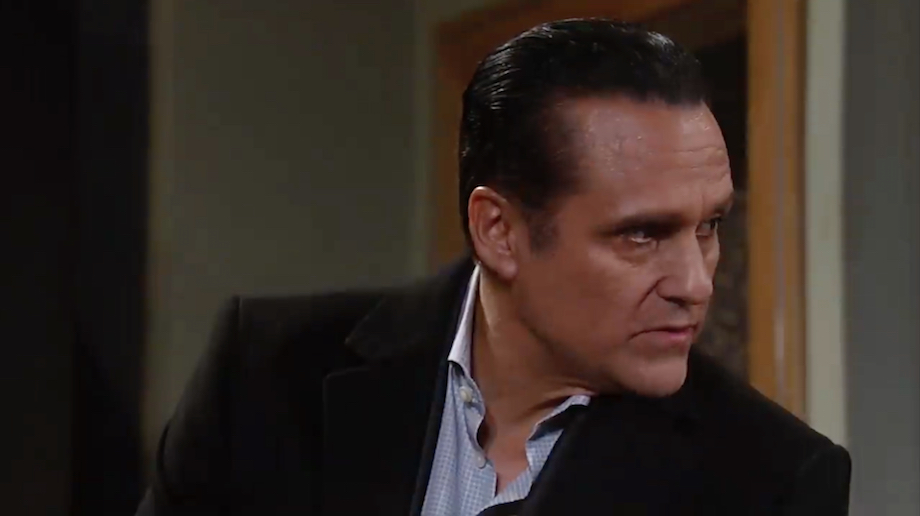 Sonny will do anything to help his father! (Photo Credit: ABC)

Sonny has been struggling with his father’s Alzheimer’s and planning for their inevitable future, but now at another appointment at the hospital, he finds himself wondering if there may still be a chance to help Mike. “Are you saying there’s a treatment?” Sonny asks, clinging to any shred of hope.

Having found Drew’s wedding ring in Jim Harvey’s room, Sam and Liz now know that he has something to do with Franco and Drew’s disappearance. Outside in the hall, Liz wonders what the next step is, and Sam declares: “I’m not gonna let that bastard out of my sight until I know exactly what he did to Franco and Drew.” In his room, Harvey is on the phone angrily ordering someone: “Get this done!” And trapped in the sub-basement, Drew continues to desperately search for a way out as Franco comes to a chilling realization. “Turns out Harvey is trying to kill us,” he remarks sardonically. Can anyone save them before it’s too late?

Who is Nurse Francesca on GH?