With their storyline on GENERAL HOSPITAL heating up, it was the perfect time for stars Billy Miller (Jason) and Kelly Monaco (Sam) to get together for a special Facebook Live chat with the fans! Of course, with the soap’s former Jason, Steve Burton, back on the soap again, that was naturally a big topic of discussion, but the actors admitted that hey couldn’t reveal too much. “They think it’s Fort Knox over here and we’re selling NSA secrets!” joked Miller. “We can’t say anything!”

“I mean, I’ll take top dollar for secrets,” Monaco cut in with s sly grin before admitting, “There’s a lot about Jason and Sam that we can’t answer. So just know that we’re super excited about the storyline and we’re both really happy to have a nice, full, awesome cast. Miller agreed, adding: “Things are gonna be a little different. All the characters are going to have to evolve a little bit. Not Sam. She’s gonna be exactly the same because she’s flawless!” 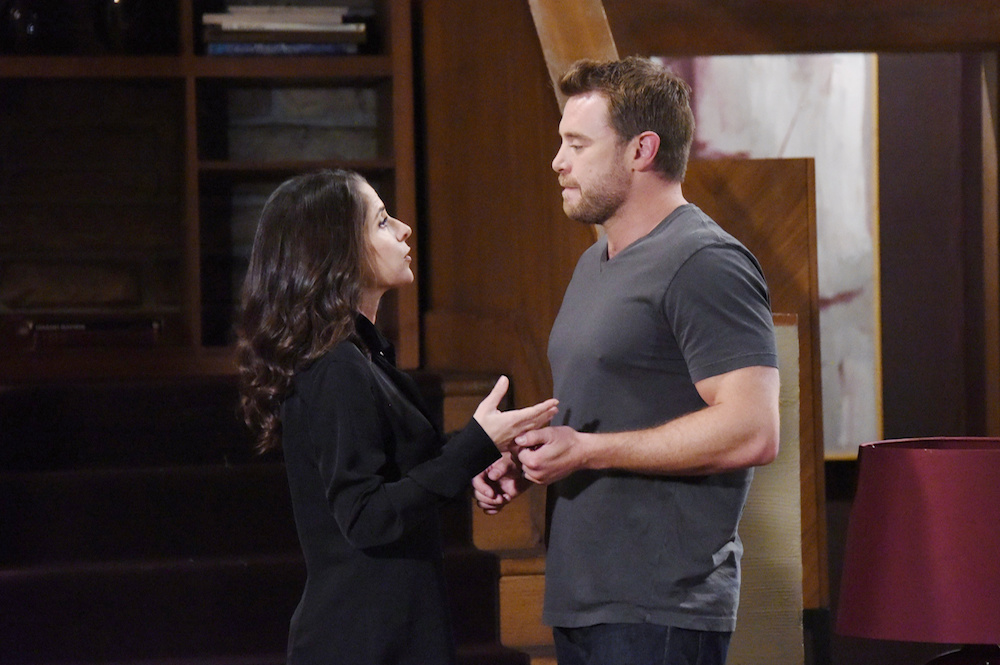 There are tough times coming up for Sam and Jason! (Photo Credit: XJJohnson/jpistudios.com)

One GH fan brought up Sam’s children on the soap, wondering how confusing it will be for them to have two daddy Jasons. “It will be confusing at best,” declared Miller. “To be honest with you, we should figure out who is the daddy to who. I think it’ll be fun to watch.” Monaco interrupted to remind: “If that’s what’s happening. I don’t know what’s happening. Might only be one daddy.”

But while the actors had to remain tight-lipped about upcoming storyline twists and turns, they were more than happy to reveal other backstage secrets like how much they love working with the child actors on GH, even if they’re more prepared for their scenes than the adults sometimes! “They tell us when we mess up!” Monaco laughed. Miller recalled the day when they were filming the scene where Jason was in the coma and his kids were visiting him. “And Kelly,” he revealed, “she let out a little bit of a curse word and was like, ‘Ah, I almost got through the entire day without cursing.’ And the kid looked over and was like, ‘Yeah, you almost did.’ Like he was so disappointed in you!” 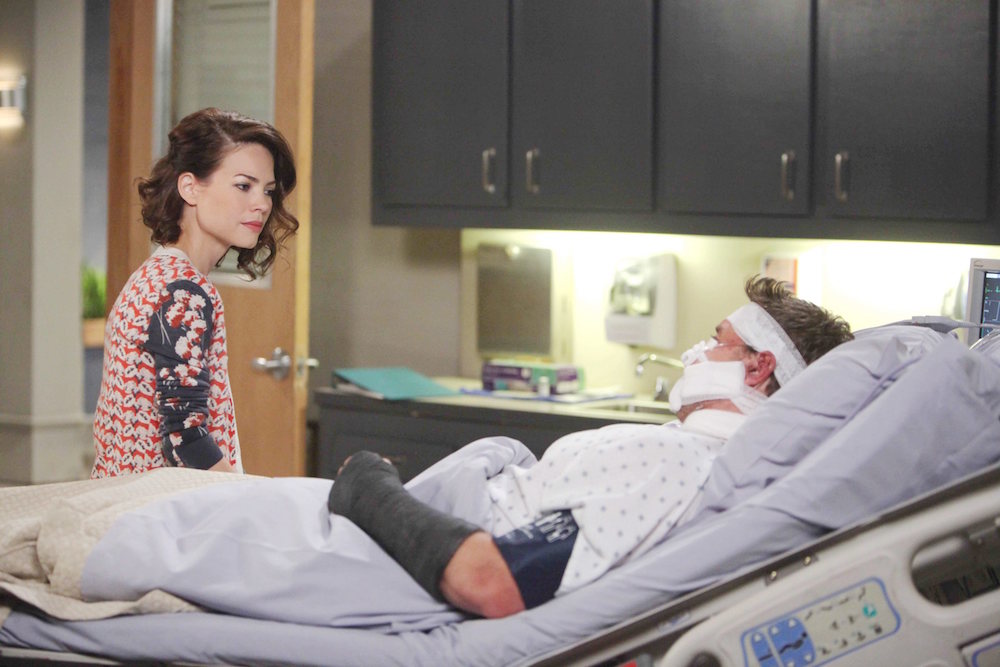 Miller was very relaxed when he debuted on GH… a little too relaxed one day! (Photo Credit: Howard Wise/jpistudios.com)

Miller also fielded a question from a viewer who wondered if he ever fell asleep while filming the coma scenes. “When my Jason/Jake Doe first came here,” he confessed, “I got here early and I fell asleep in the middle of the coma scenes and started snoring right in Becky’s [Herbst, Elizabeth] face. They had to wake me up and do it again! I thought that was gonna be my shortest-lived job ever.”

Monaco praised her co-star’s professionalism and even admitted to being a little jealous of his skills. “It’s not fair,” she sighed. “There are a few actors here and I will call them out. Laura Wright (Carly) is one of them, Nancy Lee Grahn (Alexis) is one of them, and Billy Miller is another where these actors are blessed to be able to look at a script once and know what they’re doing. Me, on the other hand, I need my script a week in advance. He gets to have fun at night and I have to study like I’m in college!” 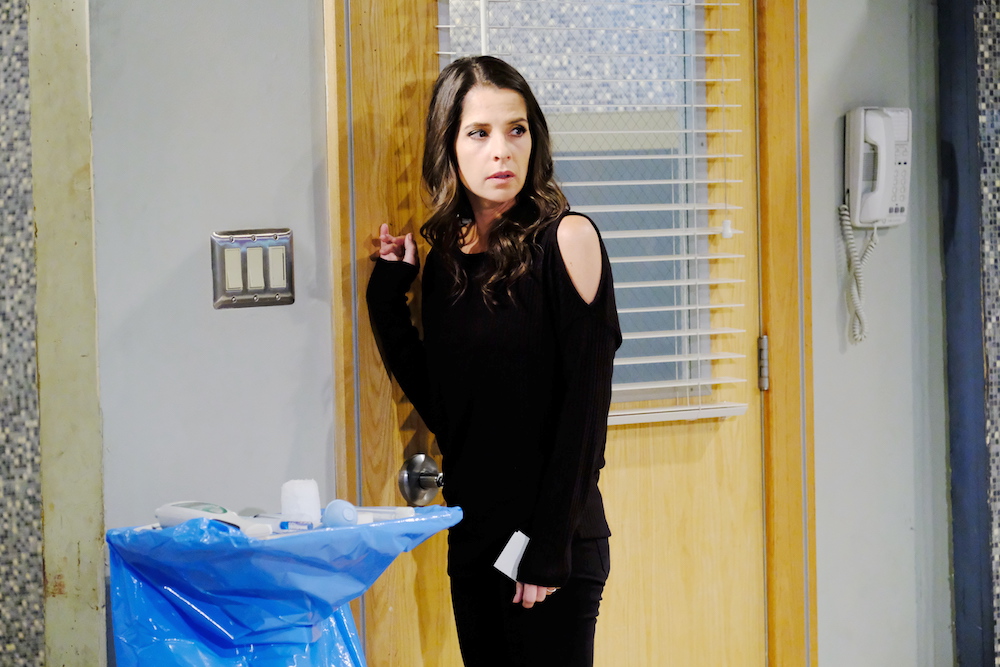 Monaco likes it best when Sam is back in black! (Photo Credit: ChrisD/jpistudios.com)

When the topic of Sam’s wardrobe came up, Monaco revealed that there is actually quite a good reason her Port Charles alter ego is often dressed in black, and it’s all her fault! “Kelly sweats, so she has to stay in black, okay?” the actress admitted. “Let’s just put it where it is. I can’t be in silk, I can’t be in pink because — well, that’s not the character of Sam — but I’m normally in black because I’m a sweater.” Miller jumped in to take her side. “Me too,” he declared. “So much sweat. It’s gross.”

Unfortunately for fans looking for scoop on the upcoming storyline of the Two Jasons, the actors couldn’t offer much more except to urge them to keep tuning in and not to miss a single episode. “We’re gonna see what happens with the story,” Miller promised. “There’s a lot to come up. That’s gonna be a lot of fun.”