On November 14, GENERAL HOSPITAL star Maurice Benard (Sonny) spoke at The University of San Diego where his daughter, Cailey, attends classes. At an event hosted by the Psychology Club, the actor discussed his own life and issues of mental health, something he is always happy to do. “Over 20 years ago, I made a decision to speak,” he confided on Twitter, “and every time I do, I know I can never stop. I will never stop speaking on the subject. I’m counting on speaking all over the country next year.”

Fans on social media praised the actor for bravely tackling the issues of mental health and his own experience living with bipolar. Many shared their own experiences with being diagnosed and treated for the illness whether for themselves or loved ones. They appreciated Benard for bringing the important topic to light, both in real life and also on GH, where Sonny and his son, Morgan have been diagnosed with bipolar disorder. “GH came to me over 20 years ago when bipolar was a word nobody ever heard of,” he revealed. “They were very instrumental.” 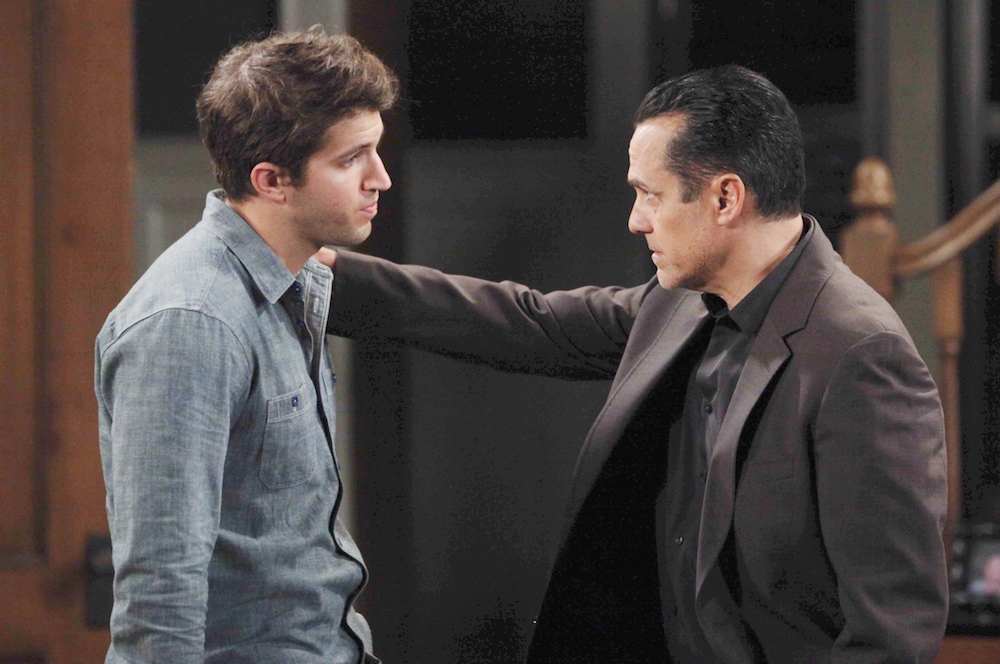 Benard has made no secret of his bipolar diagnosis and hopes that people being open about it can help erase some of the stigma associated with it and other mental health issues. When one fan confessed that she’s had some bad reactions when she tells people she’s bipolar, Benard responded: “I haven’t had bad reactions. I just tell people I’m proud to be bipolar.”

Still, Benard urges anyone suffering from mental health issues to see a doctor and get treatment. “I don’t think I’d be here today if I wasn’t medicated,” he admitted. “Whatever you do, do not stop taking your meds. I’m going on 25 years straight and it’s all good. People have to understand mental illness — depression, anxiety, whichever — can be treated. But if not, people are dying, folks!”

Back in 2004, Benard made his first appearance on THE OPRAH WINFREY SHOW to discuss how he realized he needed to seek help and figure out what was wrong with him. And one fan revealed that watching him open up to Oprah Winfrey in a powerful interview was what made her realize that she wasn’t alone in this struggle. “Oprah was the beginning for me,” the Emmy winner replied. “Her inspiration was second to none. What you just wrote was exactly why I did it.”

In Port Charles, Sonny will continue to live with bipolar, and in the real world, Benard will continue to spread the word and bring awareness to mental health issues by telling his own inspirational story. So keep an eye out, because one day he may be speaking somewhere near you!