It’s no secret that GENERAL HOSPITAL star Maurice Benard (Sonny) is a big fan of social media, and he recently used Twitter to interact with fans and respond to their burning questions. Naturally one of the hottest topics was the return of Steve Burton to the soap where he once played Jason. “I dunno when we’ll have scenes,” Benard admitted, “but I think it’ll happen. I hope sooner rather than later. I love Steve. My brother’s home.”

But when asked whether or not Burton is playing Jason this time around, Benard once again refused to spoil the twists and turns of the upcoming storyline. “Like I said before,” he tweeted, “I truly don’t know.” (To really drive the point home, he also added a few smiley face emojis with zipped lips!) And with Burton back, one fan asked which other GH characters Benard would like to see back in Port Charles. “Well,” the actor teased, “I can’t imagine anybody wouldn’t want Brenda back.”

The Emmy winner confessed that he absolutely loves going to work every day. “I just have a passion for acting,” he revealed. “And it’s something I get to do on a daily basis.” He also enjoys playing his alter ego, the infamous Sonny Corinthos and portraying all facets of the character, both good and bad. “His weakness is that he has to have power,” Benard mused. “His strength is the love he has for his family.” And that love was on display in the powerful scenes in Benard’s favorite recent storyline surrounding Morgan’s death. “One of my favorite monologues I’ve ever done was the speech I gave at Morgan’s funeral,” he confided. 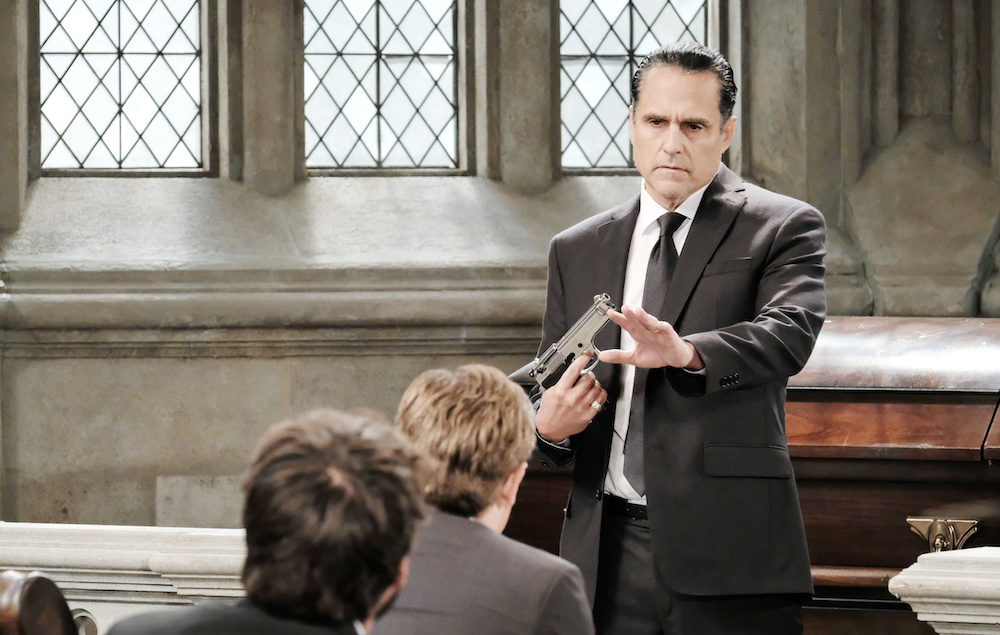 Of course, the actors also have a lot of fun on the GH set, and Benard revealed that not everything he says as Sonny on the soap is entirely scripted! “Yeah,” he confessed, “I ad-lib if I forget a line or something. It spices up the set a little.” And when one fan asked if he would ever compete on DANCING WITH THE STARS like Kelly Monaco (Sam) or Ingo Rademacher (ex-Jax) have, Benard politely declined. “It would be too stressful for me,” he admitted before adding: “I have won a dance contest and have the trophy to prove it.”

We’re not sure which we’d like to see more – the trophy or the dancing that earned Benard the prize! For more on your favorite GH stars, keep reading the ABC edition of Soaps In Depth magazine.

Tamara Braun Reportedly Returning to GH — But Not as Carly!