Two former GENERAL HOSPITAL castmates will be reunited on the set of a new independent movie that just started shooting! Natalia Livingston (ex-Emily) and Rick Hearst (ex-Ric) will both be appearing in Full Count, which is currently in production down in Georgia. And Livingston was thrilled with the location, tweeting some pics and declaring: “Day one of a four-week movie shoot! Movie trailers and a beautiful farm in Georgia. I’m in heaven!”

Day 1 of a 4 week movie shoot! Movie trailers and a beautiful farm in GA. I'm in heaven! pic.twitter.com/LZuIKkpjA3

According to its IMDb description, the film from writer/director Robert Eagar centers around a young man named Milton Young who is forced to give up his dreams of playing professional baseball and must return home to the small town he tried to get away from. Back with his family, Milton must overcome not only personal and economic hardships, but a tragic crime that could send him to prison! Livingston plays Katherine, Milton’s mother, while Hearst will be playing Deputy Jones. So we suspect the former GH co-stars will have scenes together if he’s investigating her son!

The film stars young actor John Paul Kakos as Milton, and his father, Paul Kakos, shared some photos he took of his son on the first day of filming at the farm that included some of the rest of the cast and the crew. Livingston looks radiant in costume as Katherine in the kitchen getting ready for a day’s work! 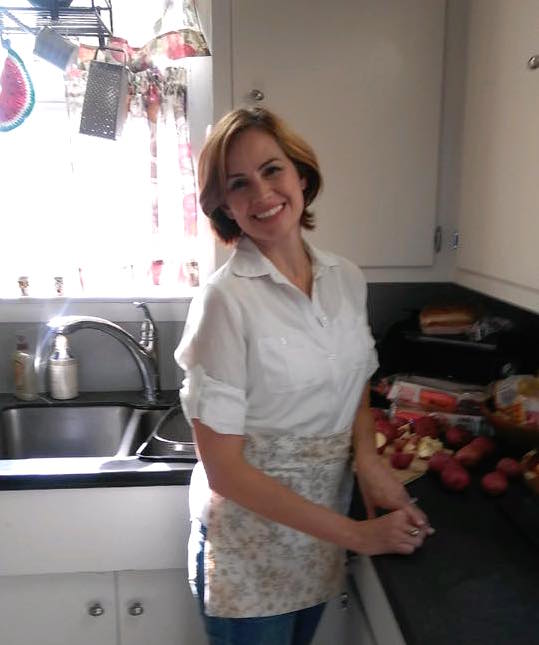 MUST SEE: Laura Wright Is Crazy About Her New Boyfriend!

Livingston appears to be having a great time working on this movie and shared a photo on Instagram of her with one of her co-stars. “Working opposite Adam Boyer from OZARK today!” she enthused. “He told me I ‘play quiet strength really well.’ I told him that took 20-plus years in the making!”

Working opposite Adam Boyer from Ozarks today! He told me I "play quiet strength really well." I told him that took 20 plus years in the making! 🙂 #Ozarks #FullCount

We look forward to seeing some selfies of Livingston and Hearst on set once they are reunited! GH fans fondly remember Livingston as Emily Quartermaine and also her look-alike Rebecca Shaw. Hearst has been all over the daytime canvas, starting out as Scotty Banning on DAYS OF OUR LIVES, then playing Alan-Michael Spaulding on GUIDING LIGHT. Later he played Matt Clark on THE YOUNG & THE RESTLESS, followed by Whip Jones on THE BOLD & THE BEAUTIFUL before landing on GH as Ric Lansing. He was most recently seen in primetime as Ted Windsor on DAYTIME DIVAS.

We’ll be sure to keep you in the loop as production continues on Full Count and definitely let you know when it’s finished and a release is scheduled so you can be sure to watch the inspirational drama featuring a couple of GH fan favorites. So stay tuned!

Kimberly McCullough Ponders the Idea of Returning to GH… as a Director!

Chloe Lanier Teases that Nelle Has More Secrets That Will Be Revealed Soon!