When Leslie Charleson had to step down from the role of Monica Quartermaine on GENERAL HOSPITAL back in April, her replacement, Patty McCormack, literally started work at the soap’s set the very next day! “It was like jumping into ice water at first,” the veteran star of stage and screen confided to Soaps In Depth. “But my background in theater and live TV kicked in. Everyone’s so supportive and kept saying, ‘You’re very brave.’ So I felt good about it.”

McCormack, who is most famous for playing the role of the evil Rhoda Penmark in the classic film The Bad Seed, has actually done this kind of thing before, on the much-missed CBS sudser AS THE WORLD TURNS. “I stepped in for Kathryn Hayes (Kim), who had an incidence of Bell’s palsy,” she explained. “It was way back in the late ‘70s for about three months.” 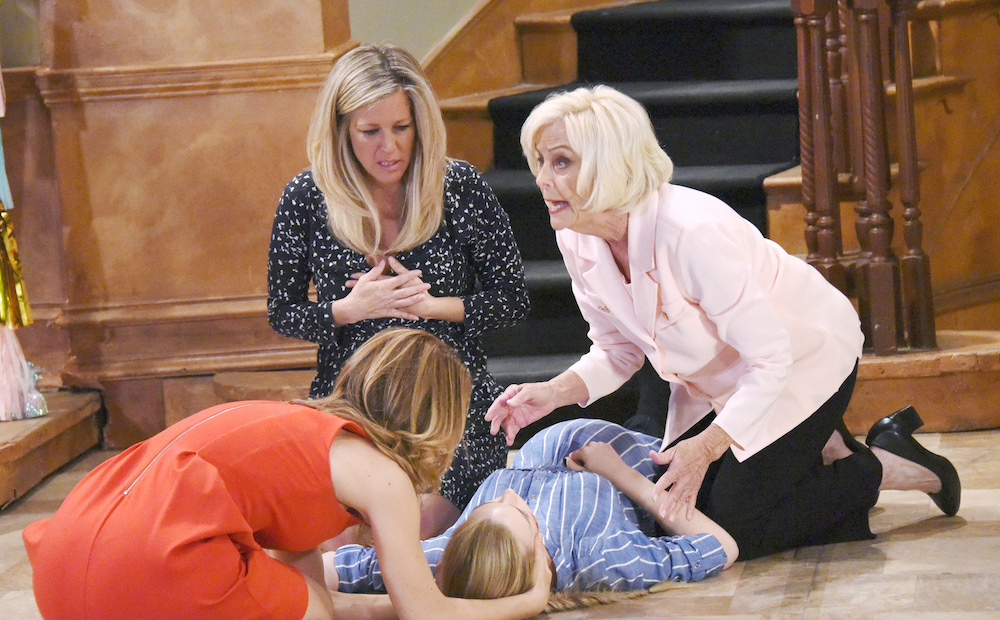 McCormack revealed that her GH gig “came up so quickly” she just dove right in! (Photo Credit: XJJohnson/jpistudios.com)

The actress is actually having such a good time she wouldn’t mind continuing to work in daytime. “It’s sort of a high to do something by the seat of your pants like this,” McCormack admitted. “It reminds me of how fun it is to belong to a group. It’s not like doing episodic TV where you get together for a day or two and then it’s over. I like that a lot.”

But don’t worry — there are plenty of GH fans who can’t wait to see Charleson back on screen as Monica, and McCormack counts herself among them! “I hope Leslie has a speedy return because everyone loves her,” she declared. “Forty years playing Monica — that’s a lifetime!”