Fans were devastated when Nathan West was shot and later died on GENERAL HOSPITAL, but they’re going to want to make sure they restock on tissues for the Friday, Feb. 9, episode when Port Charles comes together for his emotional funeral you won’t want to miss.

Nathan was doing his duty as a member of the Port Charles Police Department when he raced to rescue Maxie from the villainous Cesar Faison. Unfortunately, the psycho shot Nathan, and although Griffin performed emergency surgery, the cop tragically passed away. Now, a pregnant Maxie is left devastated as she prepares to bring her child into the world without the man she loves at her side. Mac and Felicia are there for her, but hugs can only do so much. 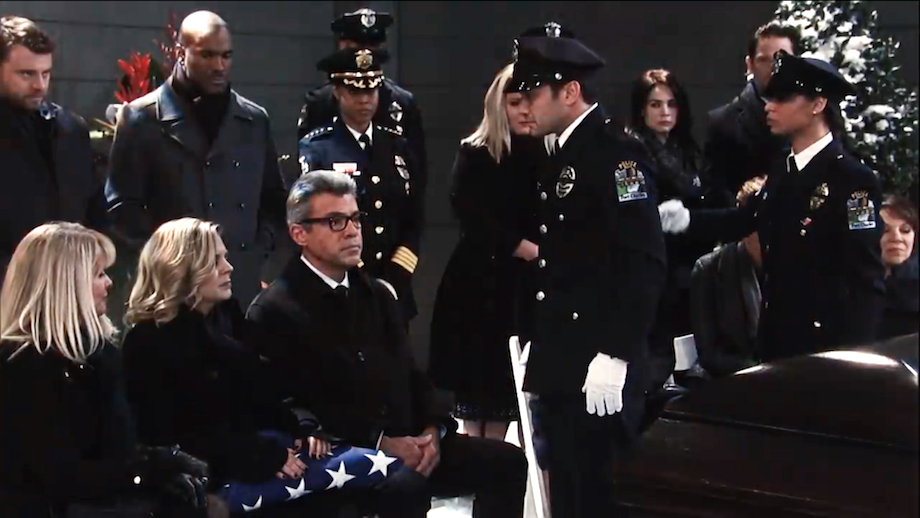 Nathan was loved by everyone. (Photo Credit: ABC)

As friends and loved ones come together at the church to say a final farewell, many tears will be shed. “How do I say goodbye?” Maxie cries, her voice thick with emotion. As she stands over Nathan’s casket, she looks ready to crumple to the ground.

Although Ryan Paevey has said that his exit from GH is permanent for the time being, Nathan did make an additional appearance in the Feb. 2 episode as his spirit comforted Maxie and Nina in their mutual grief. Might Nathan make one last ghostly appearance at his own funeral? You’ll have to watch and see.

Check out this emotional preview for the special episode, but be warned — you might even want to have tissues handy for this brief tease!