He was one of the biggest pop superstars of the ‘80s and beloved for his role as Noah Drake on GENERAL HOSPITAL, but behind the scenes, it was a different story, and Rick Springfield was suffering from depression. After first opening up about his battle with suicide and depression in his memoir, Late, Late at Night, the performer is now being honored by Didi Hirsch Mental Health Services with their 2018 Beatrice Stern Media Award.

“It’s not something I sought,” Springfield told The Oakland Press about the honor. “But this type of award draws attention to serious issues like depression. When I’m down, it inspires me to read about other people who have dealt with it and survived. So if I can provide that for someone else, I’m glad to talk about it.”

In 1972, Springfield’s debut single “Speak to the Sky” was climbing the Australian pop charts, but the performer had been suffering from depression since his teens, including a suicide attempt in 1966. “I began to feel uncomfortable in my own skin and would stay away from school,” he confessed. “It got worse — so bad I tried to hang myself. Obviously, I didn’t succeed but have battled this dark side all my life.” 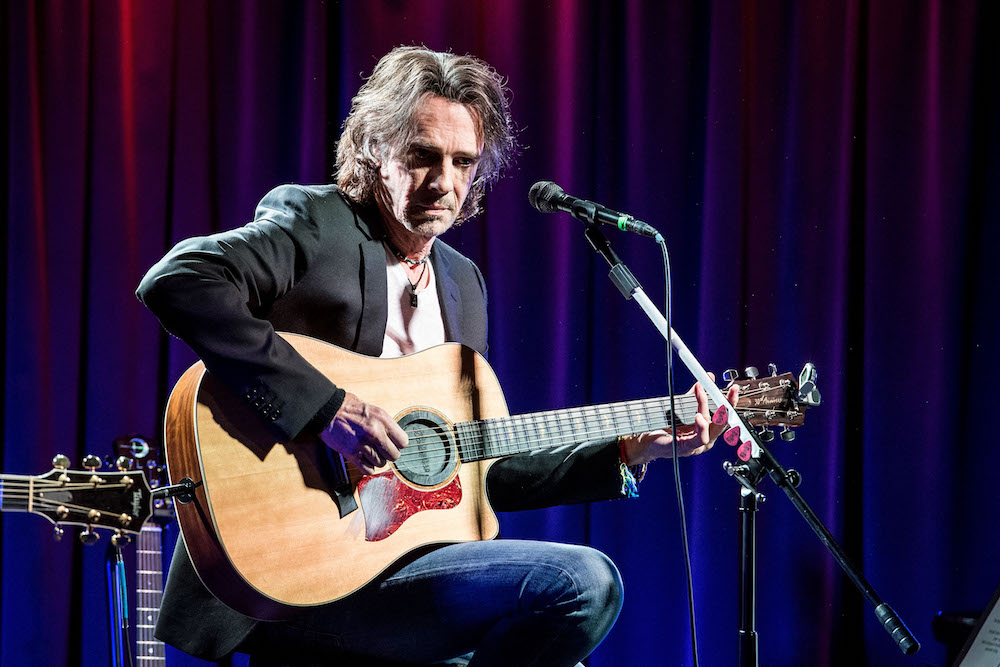 Even after scoring one of the biggest hits of 1981 with “Jessie’s Girl” and becoming a soap star as Dr. Noah Drake on GH, all the fame in the world couldn’t completely erase the shadow of depression that continued to haunt him. “I thought success would make me better, but it didn’t change anything inside me,” Springfield revealed. “There are times when I have no idea why I’m down and wake up dark — it’s just something in me.”

Springfield continues to release music — his latest CD, The Snake King, was released earlier in 2018 — and hopes his songs and lyrics will continue to inspire those who are struggling the same as he does. “I don’t want to be the depression poster boy,” he said, “but if people can see I’m managing my life and have had success despite living with this in my system, it offers them hope. My advice is to talk to people who understand it. I look forward to doing a lot more and pushing my own envelope.”

If you or someone you know is contemplating suicide, call the National Suicide Prevention Lifeline at 1-800-273-8255.

With NASHVILLE Over, Could Jonathan Jackson Come Back to GH?