During his daytime career, Roger Howarth has never really quite played the hero. The closest he probably came was AS THE WORLD TURNS’ Paul Ryan, but even then the actor added plenty of shades of gray to the relatively good guy. As ONE LIFE TO LIVE’s legendary Todd Manning, Howarth took a rapist and made fans actually see a more sympathetic side to him, and he has done the same thing with GENERAL HOSPITAL’s Franco. Removing a brain tumor from the criminal’s head helped explain away Franco’s past evil behavior, but it has been his romance with Elizabeth Webber that has truly made fans fall for the character. However, Howarth admitted he still likes living on the dark side!

“I’m super appreciative I get to [play these dark roles],” Howarth confided. “If you’re playing the good guy and you make it bigger, he becomes too good. That’s awful. There’s no fun to it. But as the bad guy, you can go big, and you can always be worse. I like that.” 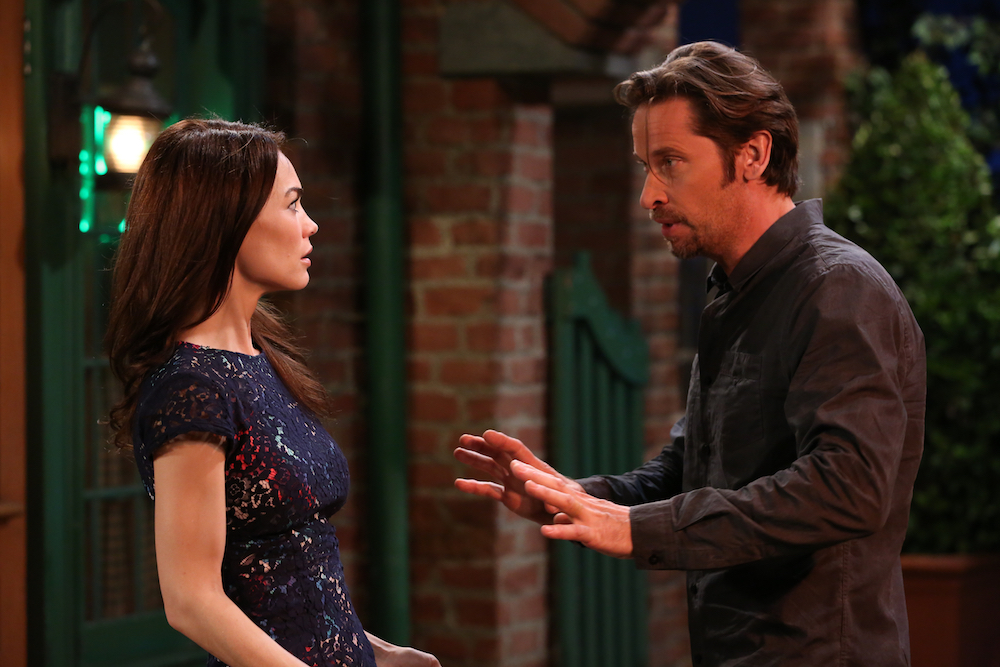 The actor also loves the medium of soaps because the storylines can literally go anywhere! “What’s really fun about daytime is that there really are no limitations,” he mused. “That’s exceptional. You get to do things that are kind of cool… and kind of ridiculous. The job is a dare!”

In fact, the scenes that occasionally catch the Emmy winner off guard often have nothing to do with the dialogue or action. “Sometimes you just read a script cursorily and read the dialogue to get the big strokes of the day,” Howarth admitted. “But you don’t read the big print which says ‘He answers the door in a towel.’ Those are the surprises for me!”

There will likely be plenty of surprises in Franco’s future as he prepares to walk down the aisle with Elizabeth. Will his good intentions to invite her family to the nuptials backfire in a big way? Stay tuned to see how the story unfolds, and for more on your favorite GH actors, keep reading the ABC edition of Soaps In Depth magazine!

Everything You Need to Know About Liz’s Sister, Sarah Webber