An upcoming storyline on GENERAL HOSPITAL has a powerful real-world purpose as the soap once again joins forces with Shriners Hospitals for Children for a series of episodes that will begin airing on Tuesday, Sept. 19. Young Charlotte is worried about a friend of hers who is in the Shriners Children’s Hospital suffering from scoliosis. And given Valentin’s own medical history, he’ll know all about that kind of thing. Could this help change Lulu’s mind about her baby’s father? At the very least, the episodes will bring awareness to Shriners Hospitals and all they do to help children in the real world. 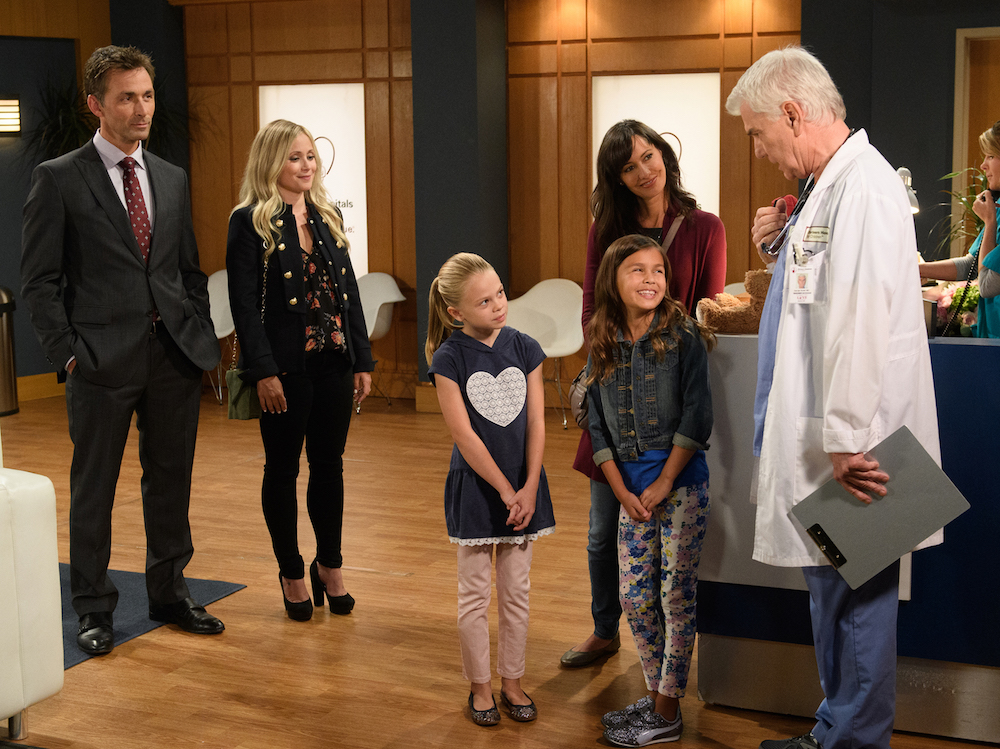 Shriners Hospitals for Children are committed to providing the best care for children in the areas of Orthopaedics, Burn Care, Spinal Cord Injury, and Cleft Lip and Palate regardless of a family’s ability to pay. The hospital has also developed a free SpineScreen app that is available in the iTunes App Store as well as Google Play that helps parents check their children’s spines for signs of scoliosis simply by moving their phone along the child’s back. The abnormal curvature of the spine is most commonly diagnosed when children are between 10 and 15 years old, but many cases go undetected because kids are seeing their doctors less often at that age. This app will give parents an easy, informal way to see if they should consult a physician with concerns.

This partnership with Shriners Hospitals for Children is turning into an annual event for GH. Just last year, the soap had Monica advising Jason and Liz bring Jake to Shriners Children’s Hospital for orthopedic care after their son was hit by a car. And back in 2015, Spencer was treated at the Boston location of Shriners Hospitals for Children after he was badly burned in a fire during his birthday party at Wyndemere.

As with the previous storylines, these episodes of GH will feature actual patients from the children’s hospital as well as actual Shriners. The storyline kicks off on Tuesday, so stay tuned for all the drama! And for more GH news, keep reading the ABC edition of Soaps In Depth magazine.

Vanessa Marcil Mourns the Death of Her Father, Peter Ortiz