Everyone has questions in these GENERAL HOSPITAL spoilers, but will anyone get answers? Maxie gets to know Peter as Felicia worries about her daughter, Dante cautions Lulu, Franco has something to tell Liz, and Anna begs Andre for his help!

Peter is still a bit of a mystery to the people of Port Charles, but Maxie is trying to get to know him a little better. “What kind of horribleness have you had to face?” she asks him. Will he open up to her or just tell her what he thinks she wants to hear? Meanwhile, Felicia finds herself worrying about her daughter when someone has information for her. “What is it that Maxie needs to know?” Felicia demands.

At the police station, Dante begins to question Peter’s intentions and his wife’s involvement with the guy. “Do you think there’s a possibility that Peter is using you?” the cop asks Lulu. Her eyes widen at the idea that her boss took advantage of her and set in motion the events that led to Nathan’s death. 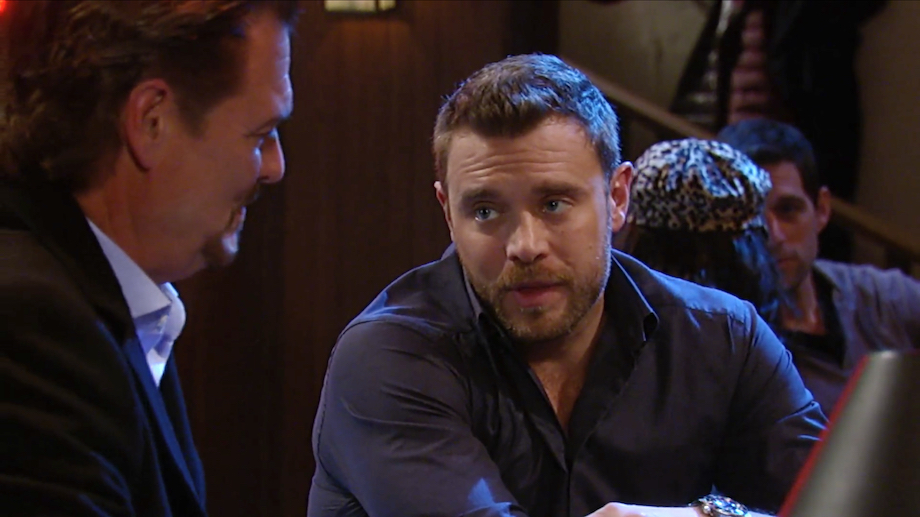 Drew approaches Jim Harvey with a proposal. “So what are you working on that might be of some interest to me?” the developer asks. Just what is Drew up to? Does he hope that Jim might hold some clue to the past he can’t remember?

At a table in the pub, Franco sits with Liz looking nervous and twitchy. “Is there something you wanna tell me?” she inquires. With their wedding right around the corner, will Franco risk losing her by opening up to her about the horrors he believes his childhood holds?

Now that Andre has been released from prison, Anna goes to him for help. “I have to find her,” she declares. “It’s a matter of life and death.” But if Anna’s talking about the daughter that she supposedly had with Faison years ago, the spy may be on the wrong track. The truth could be closer than she imagines!