It’s all about trust in these spoilers from GENERAL HOSPITAL. Some are asking for trust, and others are wondering where it’s gone. But while things look bad for Julian’s future, Carly and Sonny could still manage to salvage theirs!

Anna is with Finn at the hospital when Lucy pops in to ask the jilted groom an important question. “I need to know what you want to do regarding the house that you and Hayden were gonna purchase,” she says carefully. Anna looks to Finn to see how he’ll respond. He wouldn’t want to hang on to a memory of the woman who left him on their wedding day… would he?

Things are looking a little better for Nina, who finds her work day interrupted when Valentin pops his head into her office. “I have just the thing to cheer you up!” he declares. What does he have planned, and will it help convince Nina that he truly has turned over a new leaf? Or will she stick to her guns and send him packing?

MUST SEE: Chloe Lanier Teases That Nelle Has More Secrets to Be Revealed! 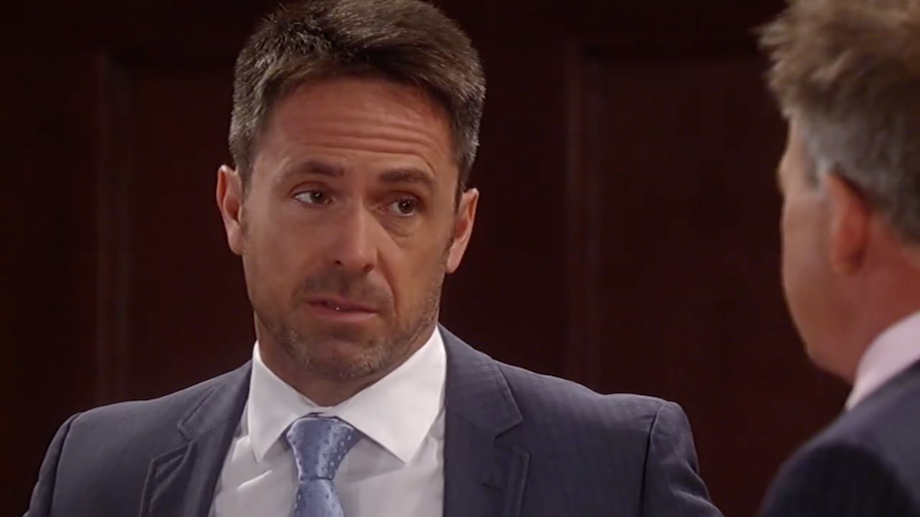 Haley Pullos Fires Back at Men Who Catcall Women

After Rudge’s damaging testimony and Julian’s subsequent outburst in court, things aren’t looking good for his case. “Put me on the stand,” Julian insists to Scott as Alexis looks at him sideways. “Let me tell my story.” Is that really the best idea? Will taking the stand help Julian to clear his name or will it send him to prison?

After her emotional confession to Carly, Sam retreats to the coffee shop with Jason where she opens up to her husband about her ordeal. “I don’t know why I didn’t ask you for help,” she admits. Are cracks starting to show in Sam and Jason’s marriage already? Meanwhile, back at Sonny’s, Carly is furious that they kept the truth about who shot him from her. “We always trusted each other before,” she yells at Sonny. “When did that change?” Can Sonny talk his wife down so they’re on the same page again?

Check out this tease for today’s emotional episode, and for more GH previews, keep reading the ABC edition of Soaps In Depth magazine!

Steve Burton Promises “You’re Not Gonna Want to Miss” His Return to GH!

Stephen A. Smith Brings Brick Back to Port Charles