They say that the truth will set you free. But in these spoilers from GENERAL HOSPITAL, it might send Julian to prison, and it could also land Sam in some very, very hot water!

As Julian’s trial continues, the prosecuting attorney announces to the judge: “I have a witness who can speak to the defendant’s motives.” Julian squirms in his seat — who might this witness be, and how will they ruin his defense? Is there anything Scott can do to salvage their case or will Julian find himself locked up and the key thrown away?

Ned approaches Alexis at the Metro Court bar to ask his ex-wife for a favor. “I am in the market for your legal services,” he informs her. But what could he need a lawyer for? Certainly not anything to do with his new marriage to Olivia. Perhaps something to do with the family business over at ELQ?

MUST SEE: Robert Palmer Watkins Reveals It “Was Not My Decision to Leave” GH 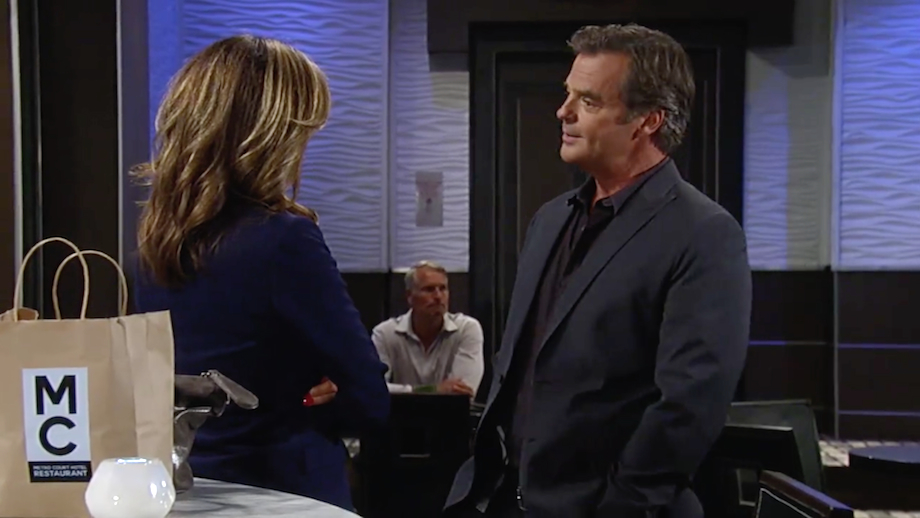 MUST SEE: Steve Burton Promises “You’re Not Gonna Want to Miss” His Return to GH!

At Franco’s studio, he and Liz continue to flirt and be adorable together, though he remains haunted by the actions of his dark and violent past. “There’s a reason you’re famous,” Liz smiles, walking forward to put her arms around him. Franco forces a grin on his face as he responds: “But not one that I’m particularly proud of.” Can her love help him move past his history and start a new life free from all that baggage?

Overwhelmed with guilt, Sam had decided that it’s past time to confess to shooting Sonny. Not to the cops, of course, but to Carly, who was still in the dark after Jason and Sonny learned the truth. “I’m not staying silent anymore,” Sam says, her voice breaking with emotion. “You deserve to know what really happened.” Obviously, Carly can’t really hold Sam’s actions against her because she wasn’t in her right mind when she tried to kill Sonny. But Carly will definitely not be happy about Sonny keeping things from her again!

GH Superfan Stephen A. Smith Returns for Another Appearance as Brick!