There are big changes coming in these GENERAL HOSPITAL spoilers! Finn makes a confession, Ava gets angry, Bensch is in big trouble, Michael wants Nelle to marry him, and Dante says farewell!

At the hospital, Finn makes a quick phone call in between patients. “I… miss you,” he admits. He thinks that Anna has left to visit Robin and make things right with her daughter, but since her driver to the airport had a gun, might something awful have happened to the spy?

In his art therapy room at the hospital, Ava angrily attempts to enlist Franco’s help. “Stop your waffling and agree to help me!” she shouts. But will he agree to do something terrible to Dr. Bensch for hurting Kiki or will he let the law take its course? Because over at Charlie’s Pub, Alexis confronts the slimy doc with a warning. “You’d better lawyer up,” she taunts. “See you in court.” 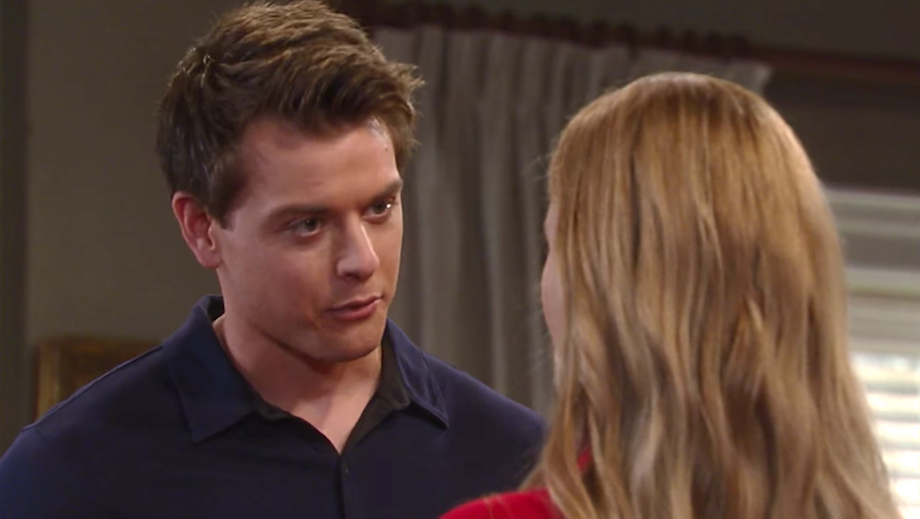 Michael knows just how to knock Nelle for a loop! (Photo Credit: ABC)

Nelle was stunned when Michael proposed to her, and he continues to insist that it’s what he wants. “Be my wife,” he declares. “Let’s become a family.” Just how far is he willing to go to expose her secrets and take her down once and for all?

Drew pays a visit to Liz’s and is a little off his guard. “So this wasn’t a mistake?” he asks. “You meant to invite me?’ And at the gym, Sam presses Jason to do the right thing where Carly is concerned. “If Carly’s not going to think, you’re gonna have to do it for her.”

Lulu is taken aback when Dante reveals that he’s saying goodbye. “I’m leaving tonight,” he announces. But where is he going and how long will he be gone? Will he ever come back?

"If Carly's not gonna think, you're gonna have to do it for her!" #GH55 pic.twitter.com/fd6flsezYg

Cade McWatt Cast as the New Cameron on GH