Anna is hot on Valentin’s trail but it’s Curtis who comes up with some surprising information for Finn in these spoilers from GENERAL HOSPITAL. Have they finally tracked down Hayden, and what will Finn do with the information?

In Morocco, the authorities have arrested Nelle for stealing the valuable necklace, but she’s not concerned, continuing to proclaim her innocence. “It’s not the first time I’ve been accused of something,” she jokes to Dillon, trying to keep the mood light. With Dillon stuck in Morocco until the case is solved, Kiki is spending her time getting closer to her mom and trying to help her put her life together after the fire. “If I can go for what I want, so can you,” she urges Ava. Meanwhile, the object of Ava’s affection, Griffin, is having a rough time of it over at the hospital. There’s nothing you can do!” he cries. Maybe there’s something Ava can do for him? 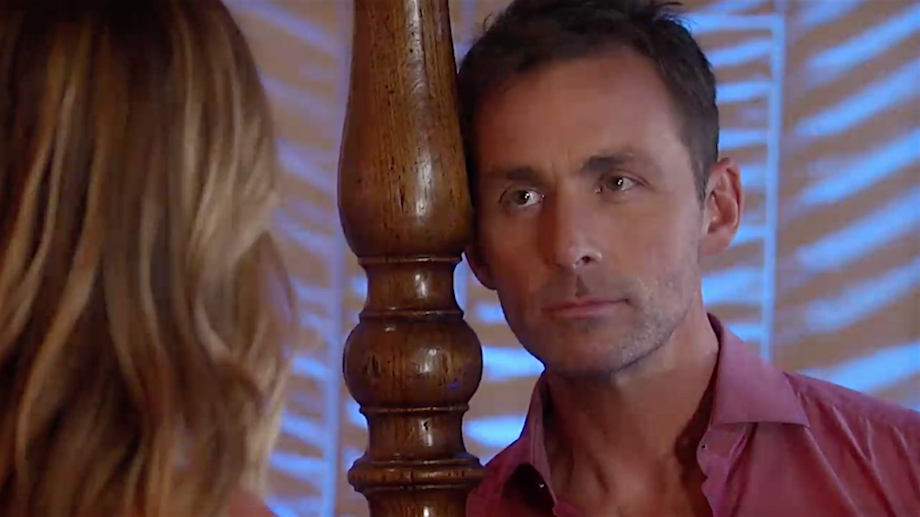 Has Valentin really left his dark side behind? (Photo Credit: ABC)

Anna is like a dog with a bone where Valentin is concerned. She sits down at Perks for some coffee with Andre to get an update from him. “Were you able to connect that diamond to Valentin?” she asks, desperate. But is she looking for trouble where there is none? Valentin has been insisting that he’s turned over a new leaf and even won back Nina’s love. But over in Morocco, she’s already starting to wonder if he’s been telling the truth. “What are you covering up?” she asks the Cassadine.

Ever since Hayden disappeared on what was supposed to be their wedding day, Finn has been determined to track her down. And now, Curtis has finally located the runaway bride. “Hayden ain’t just running,” he informs the doctor. “She’s planning on reinventing herself.” Will Finn confront Hayden to force her to explain herself or might he decide to just let her go and start fresh himself?

Get a First Look at Bryan Craig in VALOR!