Things are heating up in these spoilers from GENERAL HOSPITAL! Ava and Griffin’s bond deepens, Valentin continues to pursue Nina, and Franco makes a surprising move!

Finding herself drawn to Griffin, Ava retreats into her fantasies, imagining kissing him passionately as he strips off his shirt. In her mind’s eye, her face is smooth and beautiful, but in reality, it is horribly scarred — is Ava just driving herself crazy with these flights of fancy? Over at the hospital, Griffin confides in Liz about his attempts to get through to Ava and she offers some encouragement. “If anyone can save her soul,” Liz smiles, “it’s you.” But what if that’s not all Ava wants from the doctor-slash-priest?

Emma is old enough now to be aware of what’s going on around her, and she confides to Anna that she knows there’s something up with her and Valentin Cassadine. “You think there’s something suspicious about him,” she whispers. “Don’t you?” Anna just looks down at her granddaughter with a serious face. Might she enlist Emma to use her friendship with Valentin’s daughter, Charlotte, to dig up dirt on the guy? 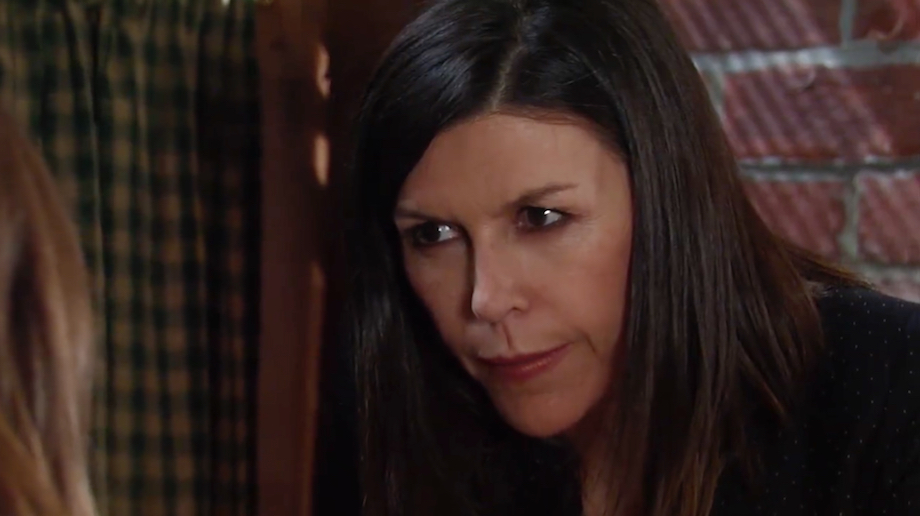 MUST SEE: Robert Palmer Watkins Out as GH’s Dillon!

Meanwhile, Valentin is at The Metro Court still trying to make things right with Nina. “What Herculean feats would you have me do to earn back your trust?” he asks her. He’s so determined to win back her love, but is there anything he can say or do to convince Nina to come back to him?

Back from his trip to New York, Franco is eager to make a fresh start in Port Charles. In his art studio, he unloads a bunch of old canvases from the days when he was tormenting Sam, Jason, and everyone else around him intending to erase that dark and violent part of his past. But as he prepares to destroy the graffiti artwork, a voice calls out: “Franco! Stop!”

Sonya Eddy Is Sharing Selfies From Work, but Not From GH!