The day has arrived for Franco and Liz’s wedding in these GENERAL HOSPITAL spoilers, but will the ceremony actually take place? And as much drama as there is surrounding the nuptials, there’s still plenty going on elsewhere in Port Charles!

Anna and Finn’s relationship got a whole lot more complicated when he slept with Alexis, but now it’s time for her to drop a bombshell. In the hospital corridor, Anna warns him: “There’s something you should know.” Just how much is she about to reveal?

Drew continues to investigate his past in the hopes of sparking some memories, especially about growing up with Franco as kids. “Did I ever talk to you about my childhood when we were together?” he asks Kim. But does she know anything about his mysterious origins? 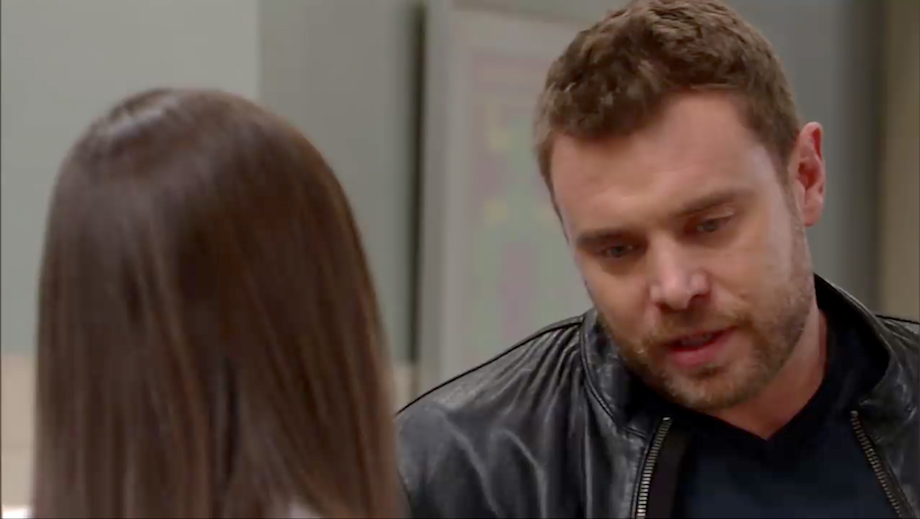 Can Kim help Drew remember his past? (Photo Credit: ABC)

Having recognized Curtis as the man who broke into his construction site from the security footage, Jim Harvey goes straight to the cops. But when Jordan hesitates, he gets angry. “Are you gonna do your job?” Jim asks, “or am I gonna have to demand you be fired?”

Felix, Epiphany, and Kiki are helping Liz get ready for her wedding day, and Felix cracks open a bottle of bubbly. “Let’s get this party started!” he announces. But out in the chapel, Scott confronts Kevin, worried about what his head-shrinking has done to Franco. “If anything causes my son to snap,” Scott warns, “I will hold it against you.” And elsewhere, Franco sits on the floor nervously contemplating what’s about to happen when he gets a visitor. “It’s about time you showed up,” he says.

Don’t miss this tease for today’s big episode, and for more GH previews, keep reading the ABC edition of Soaps In Depth magazine!