Peter’s been trying to keep his true identity a secret, but in these GENERAL HOSPITAL spoilers, Griffin learns the shocking truth. Plus, Lulu resigns herself to her fate, Nina gets suspicious, and the Corinthos men toast to Morgan’s memory.

At the Metro Court, Mike lifts his coffee mug to offer a toast to the Corinthos man who couldn’t be with them this day. “To Morgan,” he offers, hoisting his glass. Dante, Michael, and Sonny all raise their own mugs and toast to the young man’s memory.

Catching up with Spinelli, Lulu updates him on the latest in her and Maxie’s fractured friendship. “I accept that Maxie may never forgive me,” she confides. Will Maxie ever stop blaming Lulu for her part in Nathan’s death? 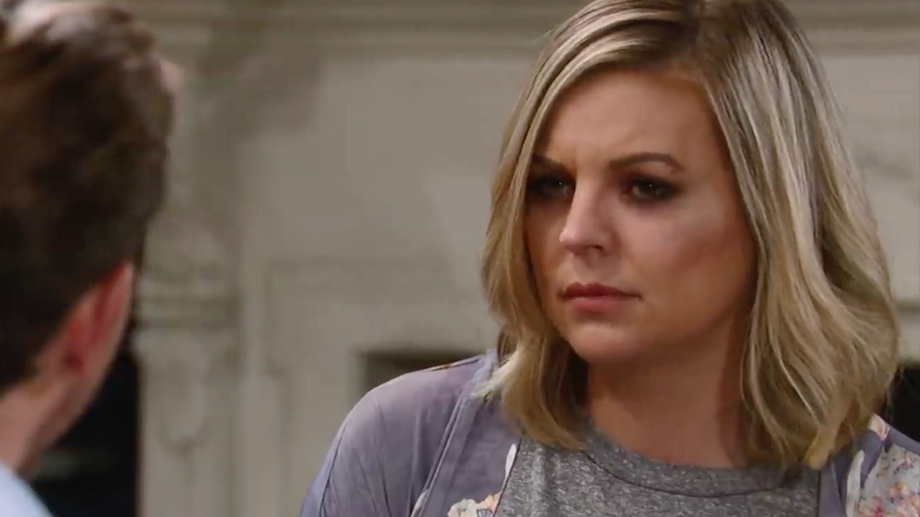 Valentin has his own secret history with Peter August, so it’s no surprise he’s not happy to see Nina poking around the guy’s past. “That guy has an agenda where Maxie’s concerned,” she insists. But over at Maxie’s apartment, Peter continues to be supportive to the grieving widow. “You’re a hero, Maxie,” he assures her. But is Peter being genuine or is there something else going on here?

Valentin seemed to be the only one in Port Charles who knew the truth about Peter’s origins, but now Griffin has put two and two together and after looking at some test results, comes to a horrifying realization. “Peter August is Cesar Faison’s son,” he mutters, stunned. The question is, who will he tell first? Because Anna is still in the dark as to the identity of her son, even as Jason follows up with her to get an update on her investigation. “So, were you able to turn up anything?” Jason asks the spy.