Sonny’s life is about to be saved in these spoilers from GENERAL HOSPITAL, but another is still in danger. Jason may regret trying to figure out who shot Sonny and left him for dead!

Valentin promises Ava he has an offer she can’t refuse, but she’s not convinced. “What is it you think you can offer me that will get me to change my mind?” Does Valentin have an ace up his sleeve to keep himself from going to jail for Nikolas’ death? Spencer continues to want revenge on Valentin for killing his father, and Laura has reached her limit with her grandson. “I don’t want to do this,” she tells Spencer, “but I have made my decision.” What does the future hold for the littlest Cassadine? 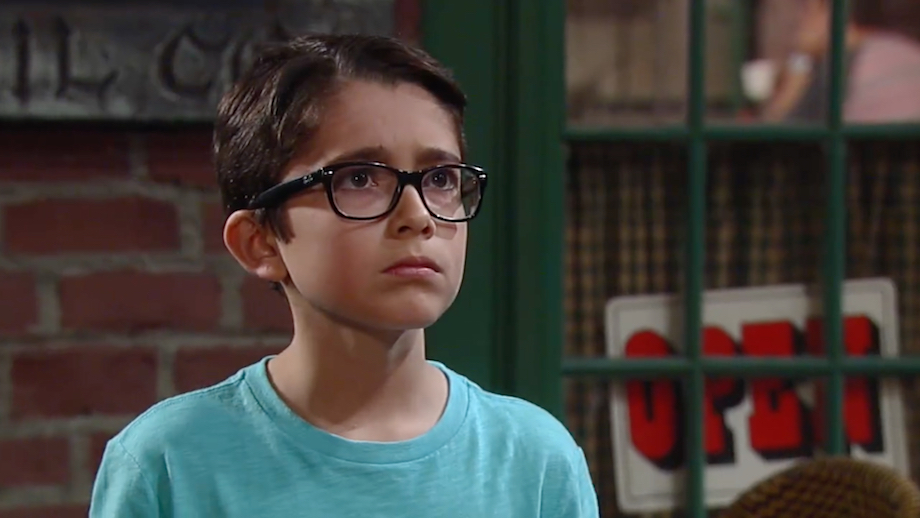 MUST SEE: William deVry Reveals He’s Done at GH but Wants to Come Back!

Carly has reached Sonny’s side at the distillery, but the construction workers are about to set off the demolition charges! Thankfully, Dante is on the case and warns the foreman: “I have reason to believe someone’s on that site!” Is Sonny finally out of danger?

Nurse Deana worries about Sam when she wakes up and looks distraught. “Did you have a bad dream?” she asks. Sam frowns and admits, “I don’t know if it was a dream.” Is she finally starting to be able to distinguish between what’s real and what’s a hallucination? Meanwhile, Jason has sneaked into Garvey’s hospital room, desperate to get some information out of the guy while he’s still alive. “Wake up!” he shouts, leaning into Garvey’s face. “Who shot Sonny?” But what will Jason do when he finally learns that Sam was the one responsible?

Rebecca Herbst Shares an Inside Peek at Her GH Anniversary Party!

Emme Rylan Returned to Work at GH and Brought Her Baby Girl Along!