Julian’s fate is decided in these spoilers from GENERAL HOSPITAL! But that’s not all, because Nina and Valentin reach a crossroads, Dillon has a big decision to make, and the Quartermaines clash!

Dante is delighted to come home and find his wife dressed in a Yankees shirt and cap and holding a bat. “Step up to the box and take a swing?” Lulu says with a flirty smile. But while Dante and Lulu’s relationship is on solid ground, Valentin is still scrambling with Nina. He’s desperate to know if she would be willing to give him another chance, but she keeps putting him off. “Meet me for dinner and you get my answer,” she warns. “Take it or leave it.” Surely he can wait just a little bit longer? Especially if it’s going to be good news! 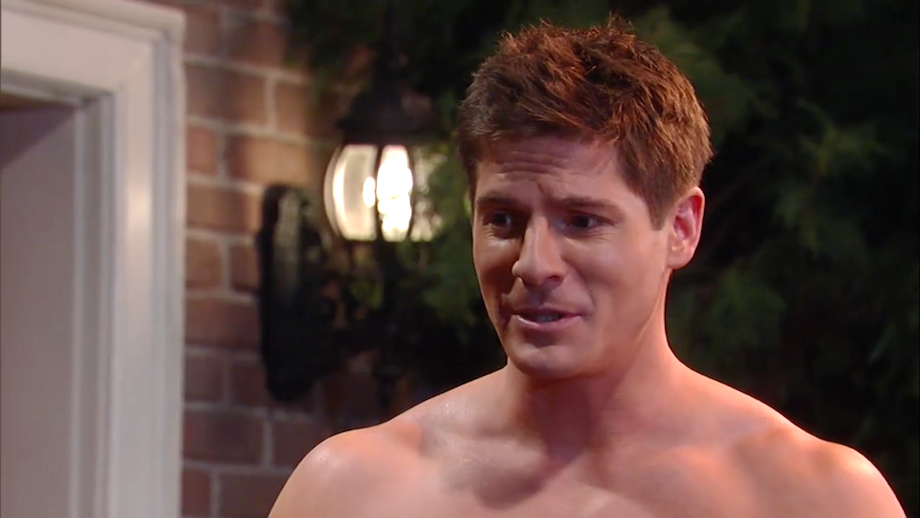 Hanging out by the pool at the Quartermaine mansion, Dillon breaks some bad news to Kiki. “Nina wants me to fly to Morocco,” he reveals. “Tonight.” That’s pretty last minute, but hey, it’s work! Still, will Kiki be happy about letting him go? Inside, things are getting ugly as Michael confronts Ned over his recent actions. “If you’re setting the groundwork for a takeover,” Michael warns his cousin, “You’re gonna have a fight on your hands!” But is Ned really after ELQ?

After Rudge’s false testimony basically crucified him, Julian insisted on taking the stand and defending himself in court. After taking a recess, the judge didn’t waste any time in calling everyone back into the courtroom to render a verdict. Alexis, Ava, and Griffin sit in the audience while Julian stands next to Scott as the judge declares: “This court finds the defendant…”

Kimberly McCullough Ponders the Idea of Directing at GH

Chloe Lanier Teases that Nelle Has More Secrets to Be Revealed!