People in Port Charles are not seeing eye to eye in these GENERAL HOSPITAL spoilers! Michael has some bad news for Nelle, Sonny continues to struggle with his father, and Kim and Oscar argue over their son!

Now that Nathan’s funeral is over, Robin takes some time to sit down with Jason at Kelly’s and catch up. She also wants to express her gratitude for his help in ridding Port Charles of one of its most dastardly villains. “I would like to thank you for killing Faison,” Robin smiles. But will Jason warn her that Cesar’s other son is still out there somewhere?

Ava has offered Liz and Franco the use of the art gallery for their wedding reception, and as they visit the space to check it out and finalize details, Ava can’t resist twisting the knife a little. “You are,” she taunts, “the luckiest man alive.” Franco just shoots Ava a look, but will she back off? 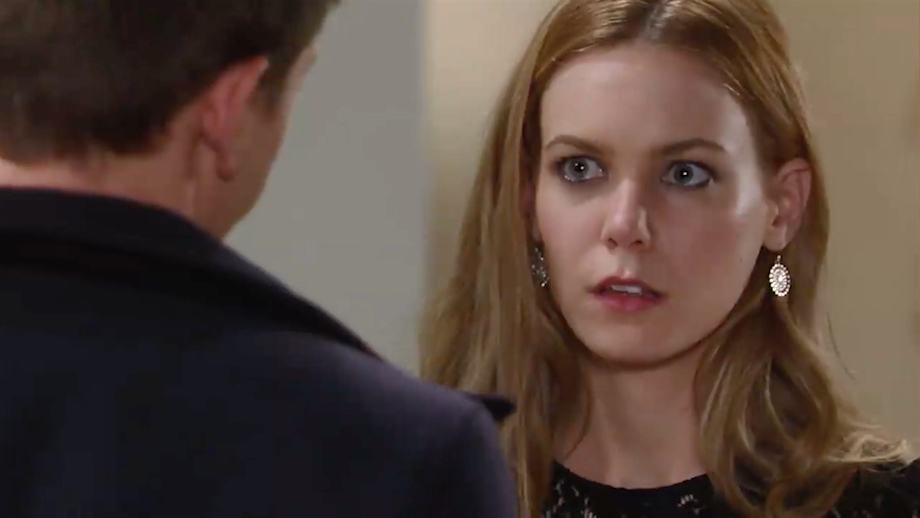 Can Nelle talk her way out of this one? (Photo Credit: ABC)

Michael was more than happy to buy Nelle’s apartment building so she wouldn’t be evicted back when they were a happy couple, but even though she’s carrying his baby, these two are anything but happy now! “I’m putting the building up for sale,” he informs her. Is there anything Nelle can say or do to convince him to change his mind?

Kim was not happy when Oscar came home with a black eye, and she’s really not pleased to learn that Drew had given their son boxing lessons at the gym. “If you teach your son to fight,” she yells, “he’s gonna fight!” Is Kim overreacting, or has Drew overstepped? Can these two get on the same page?

Having brought Mike back to Port Charles, Sonny continues to find it difficult to reconnect with his father. And when Mike attempts to leave, Sonny declares: “You’re not going anywhere!” Can Carly help bring the two men together?

“If you teach your son to fight, he’s gonna fight!” #GH pic.twitter.com/7S1THnaSd3