There’s trouble brewing in these GENERAL HOSPITAL spoilers, and it’s only going to get worse! Nelle is suspicious of Michael, Carly is grateful to Jason, Peter questions Valentin, and Curtis is stuck behind bars! But it’s Franco’s pursuit of the truth about his past that could destroy his future with Liz!

Nelle is at work at the art gallery when Michael stops by to discuss the future of their unborn child. “I hope you’re not suggesting we give our baby over to your mother,” she says with a hint of anger in her voice. Just how far will Nelle go to make her dream of a happy family with Michael come true? Meanwhile, Carly is over at the Metro Court chatting with Jason and she recalls all the times he’s helped her out. “What would’ve happened to me if it weren’t for you?” she wonders. With Nelle on the rampage, Cary’s going to need Jason’s help now more than ever!

Despite all the setbacks, Josslyn and Oscar have finally been able to put on their alternative prom at the Floating Rib. And as the party gets underway, they have an unexpected gatecrasher in Lulu, who wants to cover this story for Aurora Media. “What you guys are doing,” she informs the teens, “it deserves exposure.” Well, at least this story shouldn’t get anyone killed! 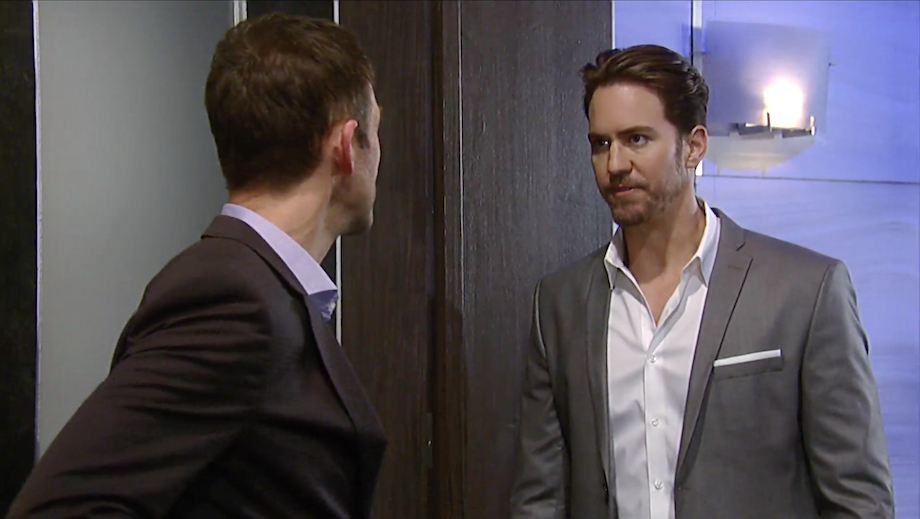 Having learned that Faison suffered from Huntington’s Disease, a genetic brain disorder that can be passed along to children, Peter confronts Valentin. “Did you know my father was sick?” he demands to know. But just how much does Valentin know that he’s not telling about Faison, Peter, Anna, and their twisted connections?

Jordan was forced to lock Curtis up for breaking into Jim’s construction site, but he cautions that Harvey is dangerous and whatever he has planned for Charles Street could be disastrous. “We need to do something before it’s too late,” he warns. Meanwhile, Jim is in his office at the construction site where Franco continues to press him for the truth about his childhood with Drew. “If you do not tell me what happened,” Franco insists, “there will be trouble.” And with Franco missing on their big day, Liz sadly declares: “The wedding’s off.” Is this the end for Liz and Franco?

Don’t miss this tease for today’s explosive episode, and for more GH previews, keep reading the ABC edition of Soaps In Depth magazine!

Maurice Benard Opens up About His “Tragic” New Storyline