There’s a lot going on in these spoilers from GENERAL HOSPITAL! Sonny sets up his retirement, Carly may have had a change of heart where Nelle is concerned, and Maxie has a surprise for her mother!

Sonny calls together a special meeting of the Five Families in order to lay out his proposal to divide up his holdings so that he can get out of the business. Jason has tagged along with him for protection and sits at Sonny’s right hand at the table. “Do we have a deal?” Sonny asks, looking around at the others. Meanwhile, Andre checks up on Sam’s current state of mind. “No more concern about your husband being in danger?” he asks. Sam was the one who insisted that Jason back Sonny up at his big meeting — will she regret her decision?

On the back patio of the Quartermaine mansion, Ned and Olivia are enjoying breakfast when she suddenly jumps up from the table. “I gotta go!” she cries. “I gotta go!” Ned tries to grab her hand, but she pulls her arm away and takes off. What’s up with her?

MUST SEE: Byrtni Sarpy and Lexi Ainsworth Are Loving Their New GH Storyline! 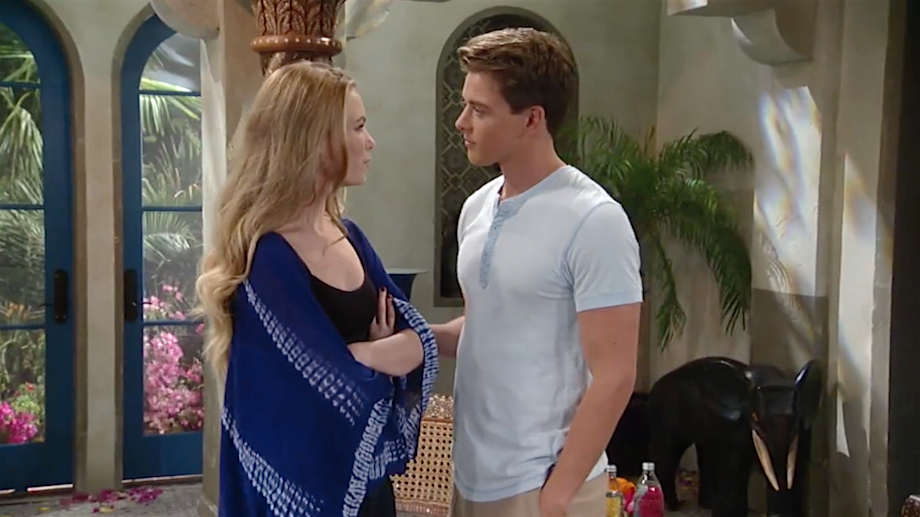 Will Nelle’s dream turn into a nightmare? (Photo Credit: ABC)

MUST SEE: Carolyn Hennesy Prepares to Play a Real Diva

Nelle had to go to Morocco on business for Crimson, and Michael traveled along to keep her company. Now alone together in the exotic country, Nelle finds it hard to believe that this is what her life has become. “It still seems too good to be true,” she smiles at Michael. But Nelle’s world could still come crashing down around her because Bobbie is determined to uncover something in the young woman’s past that will get her out of all of their lives. But despite her earlier hatred of Nelle, Carly seems to have turned a new page. “Whatever information you dig up on Nelle,” she warns her mother, “I don’t wanna know.”

Nathan keeps telling Amy he wants out, but the poor guy can’t seem to leave her in the lurch and keeps going along with her Man Landers charade. “Let’s just do this!” she says cheerfully, slugging him playfully in the arm. How much longer can he keep this up? Maxie returns to Port Charles and catches up with her mother at the Floating Rib. “I have an even bigger surprise,” she informs Felicia, practically jumping out of her skin with excitement. What is her big news?

The Tweet That Had Fans Convinced Michelle Stafford Is Leaving GH!

Natalia Livingston and Rick Hearst Reunite in a New Movie