They say the truth will set you free, but in these spoilers from GENERAL HOSPITAL, it might just land Sam behind bars! Plus, Obrecht is not done trying to take revenge on Finn, so he and Hayden had better watch out!

Dante and Nathan are convinced Sonny knows who shot him and just isn’t telling them, so they’re having to do their own detective work to uncover the truth. “The gun from the dumpster matches the bullet out of Sonny’s leg,” Dante informs Nathan. Meanwhile, Jason pays a visit to Julian to warn him: “We’re gonna have a talk about Sam.” But Jason shouldn’t have any difficulty convincing Julian not to say anything to incriminate his own daughter.

Alexis visits Sam in the hospital where she admits to her mother, “It’s important to tell the truth.” But will coming clean only cause more trouble than it’s worth? Michael wants to get to the truth as well, confronting his father as he recuperates at home. “Who shot you?” he demands to know. How will Sonny get Michael to back off? 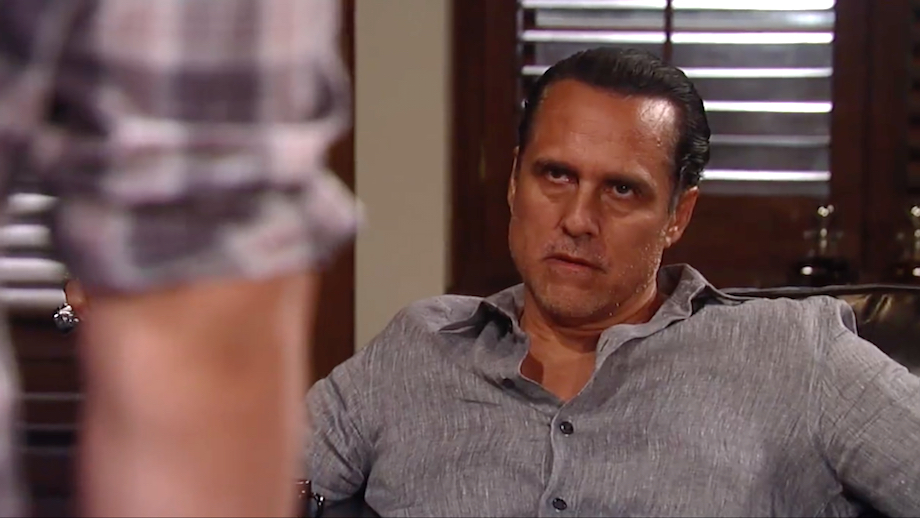 MUST SEE: William deVry Reaches a New Deal to Stay at GH

In the Quartermaine living room, Elizabeth looks extremely uncomfortable as a confrontation between Monica and Ned and Olivia gets a little heated. “I decide who goes and who stays,” Monica reminds the newlyweds. And since it’s Monica’s house, you’d better listen to her!

As upsetting as it was to learn that Hayden was being blackmailed by her ex-husband, Finn is even more enraged to discover that she’d confided in Curtis before him! “You knew this?” he yells at Curtis. “And you didn’t tell me about it?” Meanwhile, outside of Kelly’s, Obrecht lets Hayden’s ex, Jared, in on some more details of her vengeful plans. “My target is Dr. Hamilton Finn,” she hisses. But how far will she go in order to destroy his life?

Ryan Paevey Has Left GH but He’ll Be Back Soon!