Relationships are in flux and lives are on the line in these spoilers from GENERAL HOSPITAL! Things might be looking up for Kristina and Parker while Kiki and Dillon hit another hiccup. And across the ocean, Patient Six is ready to make his escape from the clinic even as Ava receives an unexpected visitor!

Kristina tracks down Parker at the college campus. “I wanted to give you the good news in person,” she says excitedly. Parker smiles, but what does Kristina have to report? Meanwhile, over at Kelly’s, Dillon’s budding relationship with Kiki hits another snag. “Does that make you jealous?” she asks him. Does Dillon really have anything to worry about?

Now that Jason is out of his coma, he’s happy to receive visitors like Liz and Jake. But he’s still curious about the image of the painting that Franco did of the two little boys. “Monica had a picture of me and Franco?” he asks, trying to put the pieces together. And while Sam is delighted that Jason is awake and on the road to recovery, she worries that Alexis is backsliding. “Don’t tell me you’re still holding a torch for Julian,” she sighs. Is Alexis ready or even willing to move on or is she just waiting for Julian to be released from prison? 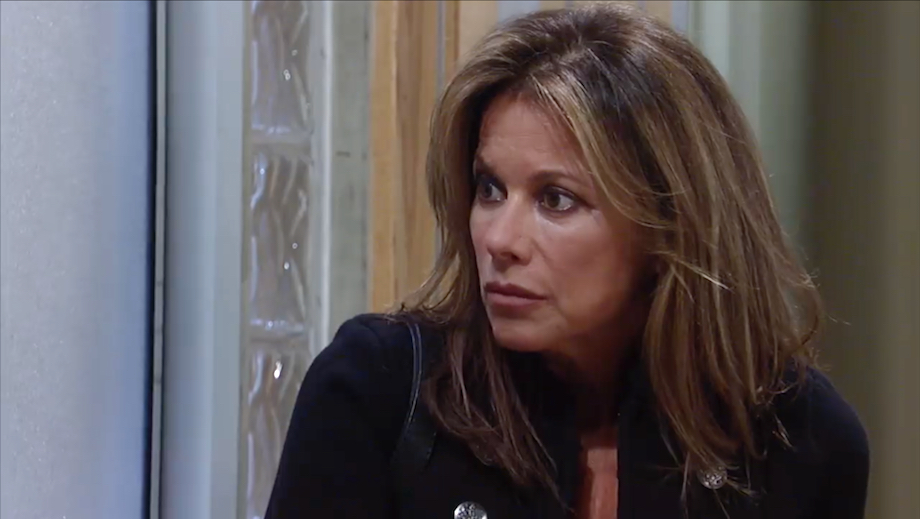 In the hospital locker room, Franco notices that Griffin is preoccupied. “What’s going on with Ava?” he asks the doc. Worried, Griffin reveals: “I’m afraid she might be in trouble.” And at the Russian clinic where Ava is seeking treatment for her terrible burns, she awakes in her room with bandages covering her face. “Who’s there?” she says into the darkness, sensing a presence. And elsewhere in the clinic, the doctor can’t wait to be rid of the mysterious Patient Six. “He’s more trouble than he’s worth,” the physician complains. But what he doesn’t see is Patient Six straining against his bonds to steal something out of his case file! Is this the paper clip the mystery man will use to get free and escape his captors?

Don’t miss this tease for today’s can’t-miss episode, and for more GH previews, keep reading the ABC edition of Soaps In Depth magazine!

Kirsten Storms Opens up About Her Battle With Depression